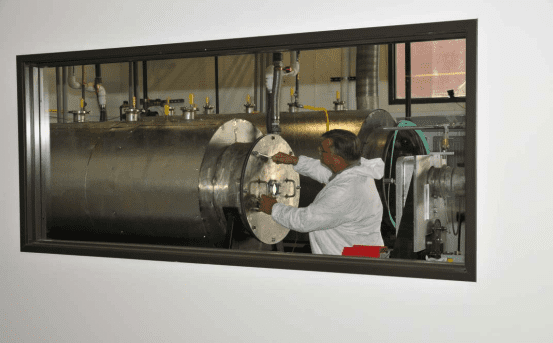 Feb. 24, 2015—Eden Energy has announced that the first field trials have commenced in the US of its EdenCrete500, a carbon-enriched concrete additive technology that adds strength and performance to concrete but with little extra weight.

The technology can potentially reduce the volume of concrete required, thereby generating great economic benefits as well as significant reductions in environmental impacts as global cement production accounts for around 5% of the world’s total annual greenhouse gas emissions.

EdenCrete500, which in October won the Australian Civil Contractors Federation’s 2014 Environment Award, can increase the compressive strength of cement paste by up to 27% and tensile strength by up to 14%, lab tests have found.

“These new aggregate bins, constructed with mild steel reinforced concrete walls half of which were made using EdenCrete500 and with the other half being made using ordinary concrete, will be used to store hundreds of tonnes of sand, gravel or crushed rock. Front-end loaders will be frequently moving aggregate in and out of the bin, making strength and abrasion resistance in the concrete extremely important.

“This challenging application, combined with the harsh weather that Colorado has to offer, makes this is an ideal first commercial field trial for the performance-enhanced concrete where its performance against ordinary concrete can also be judged.”

Additionally, a number of test cylinders of the same two forms of the concrete that were used in the trial (including some with embedded steel reinforcing) were also produced and will each be tested at periodic intervals over the next two months to accurately measure both the relative strengths of each form of concrete and the level of corrosion of the reinforcing steel in each.

Mr Solomon said the higher tensile and compressive strengths EdenCrete500 is expected to provide make it a great candidate for use in concrete beams, elevated slabs, and walls requiring high tensile strengths.

“Additionally, improved abrasion resistance makes EdenCrete500 suitable for applications with high traffic, such as parking lots and roads, especially for surfaces that support heavy equipment or where scraping or snow ploughing would be frequently required and therefore wear and tear is a significant concern and maintenance cost.”