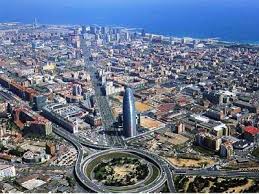 Juniper’s Smart City Rankings have been compiled following an analysis of each city’s ‘smart’ capabilities, with particular focus on their use of smart grids, smart traffic management and smart street lighting, alongside aspects such as technological capability and social cohesion, among others.

It was found that the leader, Barcelona, performed consistently well across all metrics and serves as an exciting model of success from which others can learn, bolstered by strong environmentally sustainable initiatives.

Other leading cities, such as New York and London, still require greater emphasis on implementing environmentally positive projects, despite excelling in areas such as technological capability and a willingness to engage with citizens through open data.

Juniper’s latest report, Smart Cities: Strategies, Energy, Emissions & Cost Savings 2014-2019, has found that smart grid initiatives will achieve $10.7 billion savings annually by 2019 through a combination of reduced energy consumption and emissions reductions in smart cities. The reduced emissions are equivalent to those produced by the annual consumption of 130 million barrels of oil.

The report found that, despite substantial differences in energy market regulation and policy, there is a strong desire on a global scale to implement a ‘smarter grid’. National energy concerns, caused by emissions reduction policies, transmission line loss and grid reliability are among the numerous drivers behind the need to transition to a ‘2-way’ grid.

However, “issues such as grid cybersecurity and winning over the consumer where smart metering is concerned still need to be addressed”, added report author Steffen Sorrell. “Education is key – certainly in terms of stakeholder information sharing as well as promoting the full benefits of a smart grid beyond a vague notion of a reduction in energy bills.”

The whitepaper, Smart Cities ~ System of Systems, is available to download from the Juniper website together with further details of the full report and Interactive Forecast Excel (IFxl).