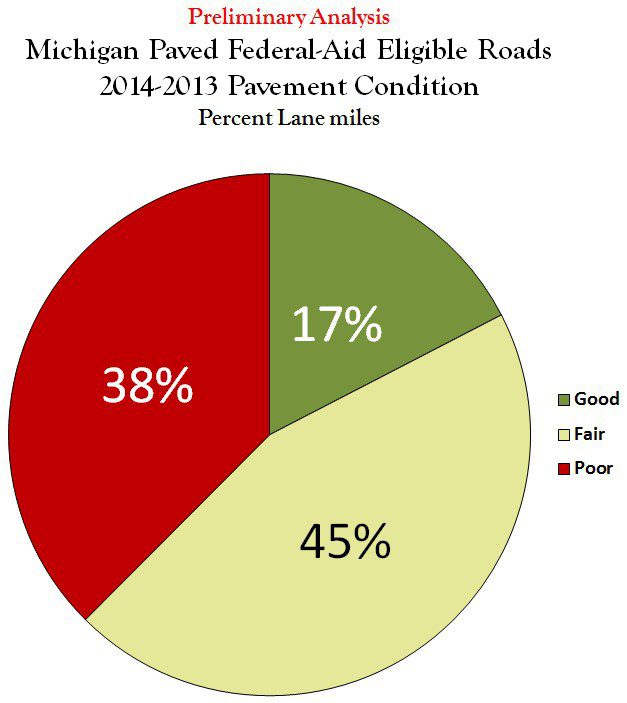 Feb. 17, 2015—Initial results from an annual rating of Michigan road conditions show that 38 percent of the state’s paved federal-aid system is in poor condition, up from 33 percent in 2013. The 2014 rating was performed on behalf of the Transportation Asset Management Council (TAMC), which is currently analyzing the road and bridge condition data in preparation for the release of its 2014 Michigan Roads and Bridges Annual Report to the State Transportation Commission and the Michigan Legislature this spring.

The 5 percent change represents 3,470 additional lane miles falling into the poor category in 2014. It is the largest single-year increase in poor roads in the last seven years and the second-largest increase since the TAMC began collecting the data in 2006.

As noted in the 2013 TAMC Annual Report, at current funding levels, the condition of Michigan’s road network will continue to deteriorate. More information about the TAMC is available online at www.michigan.gov/tamc.