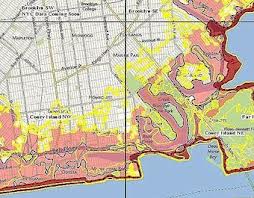 WASHINGTON, Feb. 5, 2015—On January 30, the President issued an Executive Order 13690, “Establishing a Federal Flood Risk Management Standard and a Process for Further Soliciting and Considering Stakeholder Input.” Prior to implementation of the Federal Flood Risk Management Standard, additional input from stakeholders is being solicited and considered on how federal agencies will implement the new Standard. To carry out this process, a draft version of Implementing Guidelines is open for comment until April 6, 2015.

Floods, the most common natural disaster, damage public health and safety, as well as economic prosperity. They can also threaten national security. Between 1980 and 2013, the United States suffered more than $260 billion in flood-related damages. With climate change and other threats, flooding risks are expected to increase over time. Sea level rise, storm surge, and heavy downpours, along with extensive development in coastal areas, increase the risk of damage due to flooding. That damage can be particularly severe for infrastructure, including buildings, roads, ports, industrial facilities and even coastal military installations.

The new Executive Order amends the existing Executive Order 11988 on Floodplain Management and adopts a higher flood standard for future federal investments in and affecting floodplains, which will be required to meet the level of resilience established in the Federal Flood Risk Management Standard. This includes projects where federal funds are used to build new structures and facilities or to rebuild those that have been damaged. These projects make sure that buildings are constructed to withstand the impacts of flooding, improves the resilience of communities, and protects federal investments.

This Standard requires agencies to consider the best available, actionable science of both current and future risk when taxpayer dollars are used to build or rebuild in floodplains. On average, more people die annually from flooding than any other natural hazard. Further, the costs borne by the federal government are more than any other hazard. Water-related disasters account for approximately 85% of all disaster declarations.

The Standard establishes the flood level to which new and rebuilt federally funded structures or facilities must be resilient. In implementing the Standard, agencies will be given the flexibility to select one of three approaches for establishing the flood elevation and hazard area they use in siting, design, and construction:

Prior to implementation of the Federal Flood Risk Management Standard, additional input from stakeholders is being solicited and considered. To carry out this process, FEMA, on behalf of the Mitigation Framework Leadership Group (MitFLG), published a draft version of Implementing Guidelines that is open for comment. A Federal Register Notice has been published to seek written comments, which should be submitted at www.regulations.gov under docket ID FEMA-2015-0006 for 60 days.  Questions may be submitted to FEMA-FFRMS@fema.dhs.gov.

FEMA will also be holding public meetings to further solicit stakeholder input and will also host a virtual listening session in the coming months. Notice of these meetings will be published in the Federal Register.  At the conclusion of the public comment period, the MitFLG will revise the draft Implementing Guidelines, based on input received, and provide recommendations to the Water Resources Council.

FEMA looks forward to participation and input in the process as part of the work towards reducing flood risk, increasing resilience, cutting future economic losses, and potentially saving lives.