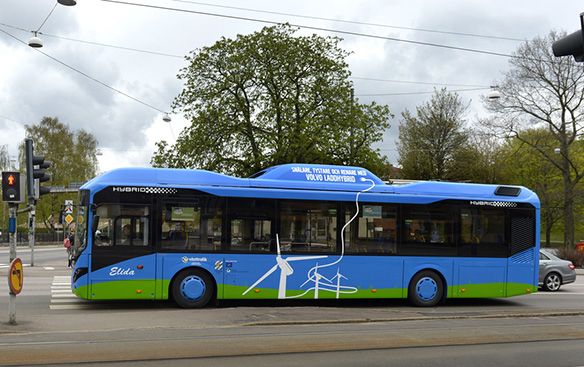 LOUISVILLE, Ky. – The U.S. Department of Transportation’s Federal Transit Administration (FTA) today announced the selection of 10 projects that will receive a share of $55 million in competitive grants that will help put a new generation of advanced, non-polluting transit buses on the road in communities nationwide. Funding is provided through FTA’s Low or No Emission Vehicle Deployment Program (LoNo). A list of all funded projects is available here.

FTA Senior Advisor Carolyn Flowers announced the grants in Louisville, Kentucky, home of one of the grant recipients, the Transit Authority of River City (TARC).  She was joined at the announcement by TARC Executive Director J. Barry Barker and other local officials.

“As the nation’s population and transit ridership continue to rise, we must invest in innovative technologies that will help transit agencies like TARC expand their bus fleets and bring a new generation of energy-efficient buses to Louisville and cities and towns nationwide,” Flowers said. “These grant awards will also help create new jobs and support a growing industry of domestic manufacturers who are developing advanced technologies to power public transportation for the future.”

Newly established under the Moving Ahead for Progress in the 21st Century Act (MAP-21), the LoNo program focuses on deploying the cleanest and most energy-efficient U.S.-made transit buses designed to cut carbon pollution and other traditional pollutants. Grants from the LoNo program will help transit agencies integrate more of these cutting-edge buses into their fleets.

Among the projects selected nationwide:

Demand for LoNo funding far exceeded available funds. FTA received 50 project proposals requesting a total of $200 million. Priority was given to proposals that funded the incremental difference between a standard bus and a LoNo vehicle as a way to stretch procurement dollars farther; incorporated the highest level of U.S.-made content; and demonstrated a long-term commitment to expanding green energy bus fleets.