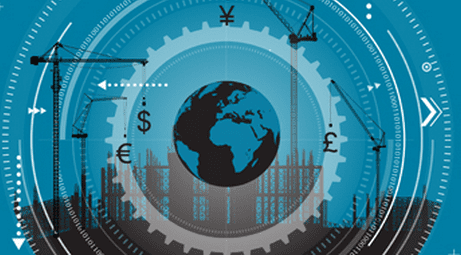 Switzerland is now the most expensive country in the world for construction, while Japan and Singapore have seen significant relative cost reductions over the last year, according to the 2014 International Construction Costs Report recently released by ARCADIS. As a result, despite reduced energy costs, construction in the US is now more expensive than Japan and one third of all countries studied.

The annual ARCADIS study, which benchmarks building costs in 43 countries across the globe, found relative construction costs have been affected by currency fluctuations, commodity prices and the increasing demand for development in many recovering economies. These factors have contributed to the devaluation of the Yen resulting in the relative cost of building in Japan to drop below that of the US. The study was done in 2014, so the stronger dollar in early 2015 will intensify costs in the US.

According to Catherine Tobiasinsky, chief sales officer for ARCADIS US, “The relative cost of construction in different markets has been heavily impacted by fluctuations in global currencies over the past year. For 2014, growing economic stability in some parts of the Eurozone led to European nations dominating the top ten for building costs. This is at the expense of some Asian states such as Singapore, Macau and Japan, where currency devaluations have contributed to their drop in the rankings. Japan, in particular, has seen the relative cost of construction fall considerably over the last year and the market there is now more competitive than that of the United States.”

Tobiasinsky continues, “Despite commodity price reduction, we have not seen a relative reduction in the cost of construction in the US. We have seen a boom in foreign direct investment as well as the usual institutional investment. As a result, you can’t walk far in New York City without seeing a major construction site.

“Moving forward, pressure to address the country’s decaying infrastructure and to open more opportunities for public private partnerships could open opportunities for private infrastructure investment in 2015. Meanwhile, as the markets watch to see how mid-year US interest rates will affect home sales, a strong US dollar and less expensive construction costs in Asia could lead off-shore decision-makers to look elsewhere.”

North America
Overall in 2014, the construction sector in the region has enjoyed a continuing recovery since 2013. Drivers include the robust housing market recovery, shale gas extraction and the unconventional oil and minerals boom in the US and Canada, all of which make for a more buoyant construction market. Overall demand is on the rise and with costs declining for energy-intensive manufacturers, the industrial sector has seen significant growth. High demand for residential property in central locations means that we are seeing large developers who traditionally focused on the over-built office market switching to high-end residential in pursuit of profitable development opportunities.

Global: In contrast to 2013’s index, European countries dominate the top ten. This is due, in part, to the ongoing economic recovery in Germany and France, which is gradually translating into contractors demanding more for their services. Meanwhile, currency devaluation in many emerging markets means relative costs have dropped considerably in these areas. The relative cost of construction in different markets has been heavily impacted by fluctuations in global currencies over the past year.

Healthcare: Healthcare is the world’s largest industry. Hospitals and clinics tend to be significantly more costly to build than most other aspects of infrastructure. As a result, while demand can be met by existing facilities, public investment is likely to be prioritized on growth generators including transport infrastructure, broadband communications and science and research facilities.

Residential: Even after three years of steady recovery, volumes of house building in the US remain at only 50 percent of the pre-crash levels and it is unlikely that pre-crash volumes of residential construction in markets such as the United States, Ireland or Spain will be seen again. At the same time, the end of quantitative easing in the US and UK will reduce some of the upward pressure on residential prices.

Commercial: In areas where residential development has also seen significant growth (such as the US, Hong Kong and the UK), increased costs driven by the housing boom are affecting commercial development and in some cases, introducing viability challenges. One response to the challenge of affordability has been an increased interest from owners and developers in the refurbishment of existing assets. In the US, the core cities of New York, Washington, Boston and Los Angeles are likely to attract strong investment and consequentially, price inflation, while other cities will see less growth and may actually see costs fall.

Retail: The growth of multi-channel retail has driven investments in on-line presence and fulfillment, and retailers have continued to invest in a greater number of smaller premises at the expense of some larger stores. One area where activity is slowing is in food retail, where high levels of competition are leading the major chains to reduce their investment spend.

ARCADIS is the leading global natural and built asset design & consultancy firm working in partnership with our clients to deliver exceptional and sustainable outcomes through the application of design, consultancy, engineering, project and management services. ARCADIS differentiates through its talented and passionate people and its unique combination of capabilities covering the whole asset life cycle, its deep market sector insights and its ability to integrate health & safety and sustainability into the design and delivery of solutions across the globe. We are 28,000 people who generate $4 billion in revenues. We support UN-Habitat with knowledge and expertise to improve the quality of life in rapidly growing cities around the world. Please visit:www.arcadis-us.com.