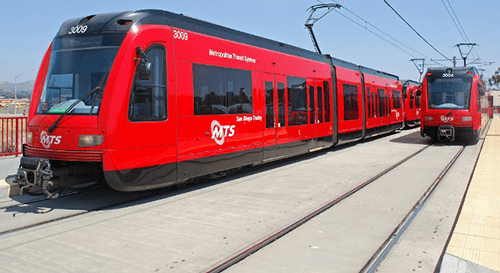 “President Obama has laid out a bold vision for investing in 21st century transportation infrastructure that provides millions of Americans improved access to employment, education and other vital services, while also supporting the nation’s growing economy,” said Secretary Foxx. “We are committed to ensuring that every American has access to the ladders of opportunity that lead to success — and public transportation is essential to making that happen.”

The President’s budget includes funding recommendations for 11 new transit projects that will connect thousands of residents in cities and communities across the country with jobs and other opportunities. These include:

“FTA is proud to partner with communities across the country to expand transportation options that will better meet the needs of transit riders today and accommodate expected population growth in the years ahead,” said FTA Acting Administrator Therese McMillan. “These investments will help connect residents to jobs and other important opportunities, while also providing a boost to the local economy, spurring new development, revitalizing neighborhoods, and offering a much-needed alternative to traffic congestion.”

The recommendations also include ongoing funding for nine transit projects that have already received construction grant agreements from FTA and are under construction. The recommendation for each of these projects includes the scheduled annual payment outlined in the grant agreement, as well as an accelerated payment of an additional $15 million to speed project completion, potentially lower costs, and help FTA better manage the growing pipeline of projects. Existing projects are located in Boston, Charlotte, Denver, Honolulu, Los Angeles, Portland, San Francisco and San Jose.

Five additional transit projects that were recommended in previous budgets for funding but have not yet received construction grant agreements are recommended again for FY2016 funding. Those projects are located in Baltimore, Montgomery and Prince George’s counties in Maryland; Fort Worth, Texas; and Fresno and San Francisco.

In addition to the 25 transit projects recommended for funding, the President’s budget proposal includes $320 million for Accelerated Project Delivery and Development—a new category of funding that would provide an opportunity for other projects in the pipeline to move forward if they become ready for a construction grant prior to the end of the fiscal year. At least $75 million of these funds would be reserved specifically to help small urban and rural communities implement new bus service with premium features.

The budget also reserves $351 million for the growing number of requests for Core Capacity improvements. These funds are available for fixed guideway projects in transit corridors that are already at or above capacity, or are expected to be within five years.

During the Obama Administration, and as part of the Moving Ahead for Progress in the 21st Century Act (MAP-21), FTA has successfully put in place several new measures to streamline the CIG Program — one of the largest discretionary grant programs in the federal government — so that projects move more efficiently through the pipeline, bringing the benefits of expanded transit choices to communities sooner than in the past.