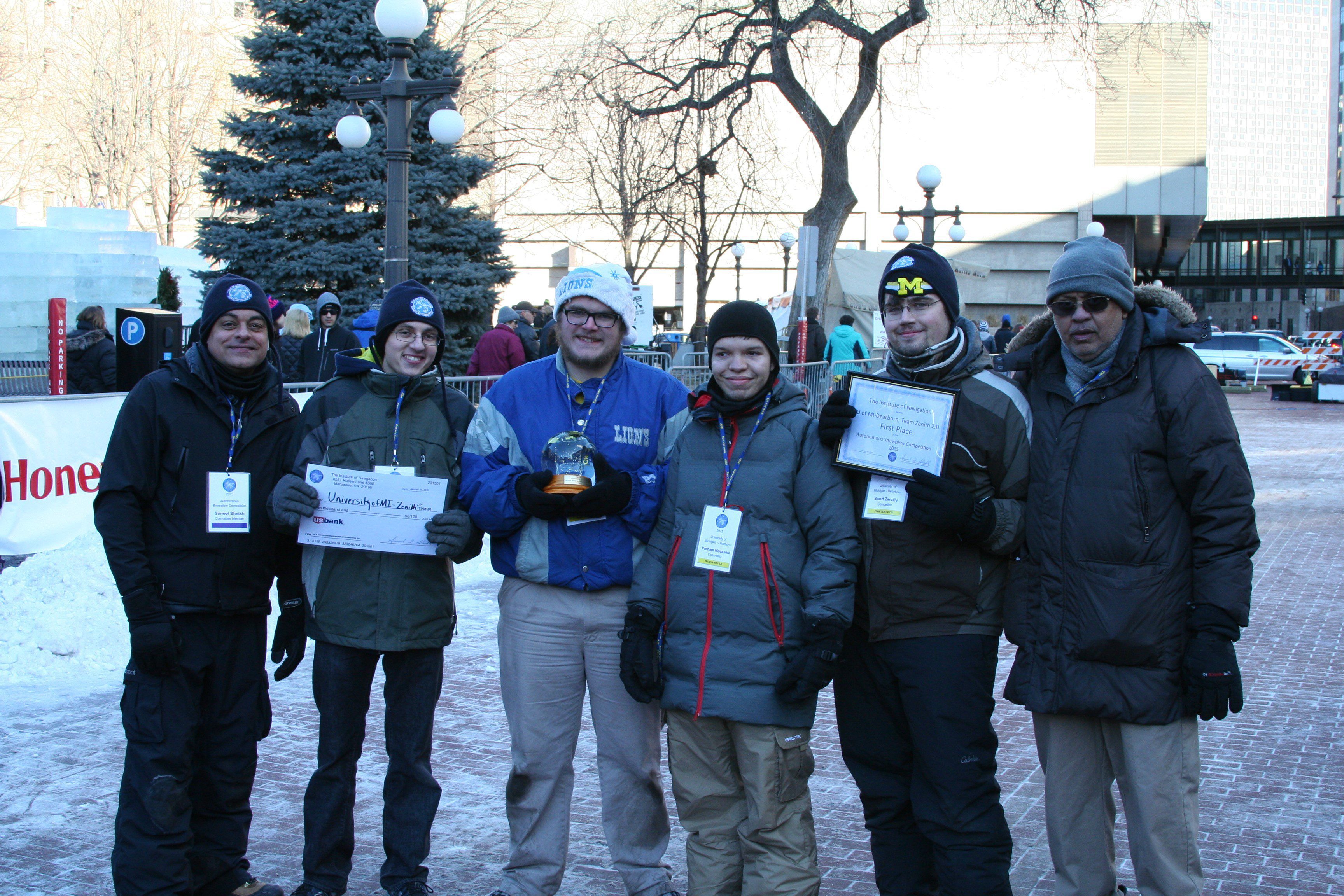 Sponsored by The ION Satellite Division and held in cooperation with the ION North Star Section, the ION Annual Autonomous Snowplow Competition is a international event open to college and university students, as well as the general public, that challenges teams to design, build, and operate a fully autonomous snowplow using state of the art navigation and control technologies to rapidly, accurately and safely clear a designated path of snow.

First place was awarded to the University of Michigan, Dearborn’s team “Zenith 2.0.” The first place prize included $7,000 and a Golden Snow Globe Award.

Second place was awarded to the University of Michigan, Dearborn’s team “Yeti 5.0.” The second place prize included $4,000 and a Silver Snow Globe Award.

In addition, the first place team, University of Michigan, Dearborn, has been invited to display their winning snowplow during ION GNSS+ 2015 conference September 14-18, 2015 in Tampa, Florida.

The competition received national media attention in addition to considerable local coverage helping to advance the goal of driving innovation for the future of autonomous robots.