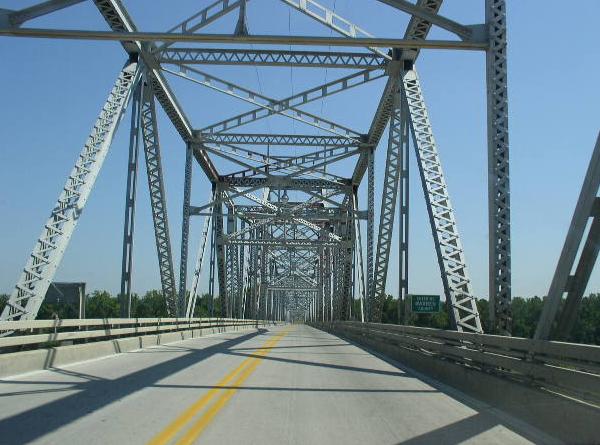 JEFFERSON CITY, Jan. 14, 2015—The Missouri Department of Transportation today outlined its plan for taking care of roads and bridges with a severely reduced construction budget.

“Missouri’s 325 System” calls for MoDOT to focus its limited resources on approximately 8,000 miles of Missouri’s 34,000-mile state highway system. The 8,000 miles make up the state’s primary roads and are the highways that connect cities across the state.

The department will use its annual construction budget – which is expected to drop to $325 million in 2017 – to keep these primary roads in the good condition they are in today with maintenance and rehabilitation work such as overlays and bridge replacements. Enhancements, though, such as interchange improvements or road widening, will not be possible.

The remaining miles of roads and bridges will make up the state’s supplementary system and will receive only limited routine maintenance. That means MoDOT crews will do the best they can to maintain roads and bridges on the supplemental system with internal resources. Work will include filling potholes, patching pavement and flushing and sealing bridge decks.  With only limited routine maintenance, however, these roads will deteriorate.

“We need at least $485 million to maintain roads and bridges in the condition they are today, so facing a $325 million budget means making some tough choices,” MoDOT Director Dave Nichols said. “In addition, Missouri won’t be able to match federal funds in 2017, which provides a $4 to $1 investment. That revenue will be lost to other states.

“We won’t be able to provide the same level of service as we have in the past. This is not a course of action we want to take, but it’s one that insufficient funding forces us to take.”

Nichols presented the “Tough Choices Ahead” plan to the Missouri Highways and Transportation Commission today at its monthly meeting in Jefferson City.

The emphasis on the primary and supplementary roads differs from MoDOT’s current focus on major and minor roads because the major roads, which make up 20 percent of the system and carry 80 percent of traffic, are confined to limited areas of the state. By contrast, the Missouri 325 System ensures that every county has at least one highway that would be included as a primary route.

However, the supplementary roads include some significant urban routes that MoDOT won’t be able to maintain in good condition at a $325 million spending level. These urban roads don’t connect the state’s system of roads and bridges, but rather fill a more local transportation need. Still, they carry high traffic volumes – anywhere from 30,000 to 50,000 vehicles per day.

“State and federal fuel taxes provide the bulk of revenue for transportation in Missouri, but that funding source is no longer adequate,” Nichols said. “That’s because cars have become more fuel efficient; the fuel tax rate has not increased in almost 20 years, while the cost of doing business continues to rise; and inflation has decreased today’s purchasing power by more than 50 percent.”

Nichols said MoDOT has done all it can to put as much money as possible toward roads and bridges.

“We’ve reduced staff, facilities and equipment and directed the savings to roads and bridges,” Nichols said. “Without additional funding, though, we’re now faced with having to reduce services as well.”

Missourians can find out more about MoDOT’s Tough Choices Ahead plan, and also comment on the proposal, by visitingwww.modot.org/toughchoicesahead. The commission is considering the plan and is expected to act on the proposal at its Feb. 4 meeting.