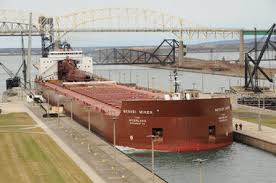 More than $4.7 billion has been invested in the navigation system from 2009-2013 and another $2.2 billion is committed to improvements from 2014-2018. Two-thirds of the capital (67%) was invested by private companies with 33% coming from government funding.

Amongst the most significant investments, American, Canadian and international ship owners are spending $4 billion on renewing Great Lakes-St. Lawrence fleets. Ports and terminals are also collectively investing more than $1.7 billion.

The bi-national Chamber of Marine Commerce, one of the trade associations that commissioned the survey, adds that the right regulatory climate has been key for the flurry of capital expenditures, citing New York State’s decision to not move ahead with unachievable standards for ballast water treatment systems, as a prime example.