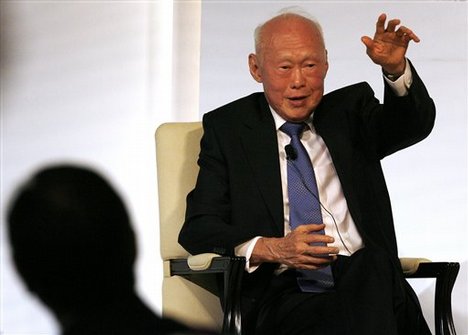 Dutch environmental biotechnologist, Prof Mark van Loosdrecht, is awarded the Lee Kuan Yew Water Prize 2012 for introducing a paradigm shift in the understanding of the used water treatment process and for his significant contributions in creating sustainable solutions in the field of used water treatment. Chosen from over 61 nominations received from across 25 countries, Prof van Loosdrecht is the fifth recipient of the Lee Kuan Yew Water Prize.

The Lee Kuan Yew World City Prize is a biennial international award that honours outstanding contributions towards the creation of vibrant, liveable and sustainable urban communities around the world. It recognises individuals and organisations responsible for urban initiatives that display foresight, good governance or innovation in tackling the many urban challenges faced by cities. These urban initiatives can include (but are not limited to) urban planning projects, urban policies and programmes, urban management, as well as applied technology in urban solutions. The Lee Kuan Yew World City Prize Laureate will be presented with an award certificate, a gold medallion and a cash prize of S$300,000 (about US$218,000), sponsored by Keppel Corporation.

Launched in 2008 to honour outstanding contributions by individuals or organisations towards solving the world’s water problems by applying innovative technologies or implementing policies and programmes which benefit humanity, the Lee Kuan Yew Water Prize is the highlight of the Singapore International Week. Named after Singapore’s first Prime Minister Lee Kuan Yew, the Lee Kuan Yew Water Prize comes with a cash prize of SGD300,000, an award certificate and a gold medallion. The award is solely sponsored by the Singapore Millennium Foundation, a philanthropic body supported by Temasek Holdings