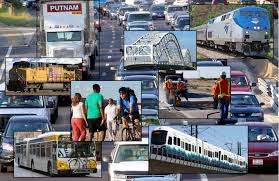 “We’re putting Americans to work building bridges, like this one, not just for the next generation but for decades to come,” said U.S. Transportation Secretary Anthony Foxx. “We need more projects like this in every state, to fix our aging infrastructure – and we need Congress’ help to pass the President’s GROW AMERICA Act to make that possible.”

President Obama’s GROW AMERICA Act, a four-year, $302 billion transportation reauthorization proposal, would provide increased funding for the nation’s highways, bridges, transit and rail systems, as well as $5 billion for the TIGER program to help projects like the Sarah Mildred Long Bridge Replacement throughout the country.

“Federal funding has long been a necessary part of road and bridge funding nationwide, but our TIGER funds are also a vital tool for ambitious projects like this one,” said Acting Federal Highway Administrator Gregory Nadeau. “Projects such as the Sarah Mildred Long Bridge – built with federal dollars – can ease traffic congestion, get goods to market faster, and help area residents get to and from home and work safely and efficiently.”

Besides the federal funding from the TIGER program, the Sarah Mildred Long Bridge Replacement project was part of the Obama Administration’s continuing effort to modernize federal permitting of infrastructure projects and posted to the Federal Infrastructure Projects Permitting Dashboard. Under this effort, federal agencies and the Departments of Transportation in Maine and New Hampshire worked together closely to cut red tape and accelerate permits and reviews related to the environmental review process.

Construction workers will soon begin replacing the 65-year-old bridge, which serves an estimated 14,000 drivers each day between Kittery and Portsmouth, N.H.

The Sarah Mildred Long Bridge also provides railroad access to the Portsmouth Naval Shipyard, which employs approximately 4,200 workers, and carries crucial commercial traffic along the U.S. Route 1 Bypass including movement of people and goods. It also serves as the primary emergency alternate bridge for the I-95 High Level Bridge connecting both states.

The project is expected to be completed in late 2017 and will require closure of the existing bridge for about 10 months to accommodate bridge approach work.

Among other factors, TIGER project selections were based on the ability to improve the condition of existing transportation systems and enhance the quality of life for communities by increasing travel choices and connections.