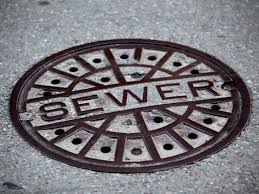 WASHINGTON, Jan. 5, 2015— The U.S. Environmental Protection Agency (EPA), the U.S. Department of Justice and the state of Arkansas announced that the city of Fort Smith, Ark. will upgrade its sewer collection and treatment system over the next 12 years to reduce discharges of raw sewage and other pollutants into local waterways. This work is expected to cost $255 million plus the cost of routine operation and maintenance. Under a settlement filed in federal court in the Western District of Arkansas, Fort Smith will also pay a $300,000 civil penalty and spend $400,000 on a program to help low income areas of the city repair and replace privately owned portions of the sewer network.

“This agreement means cleaner water for the residents of Fort Smith by reducing pollution flowing into local waterways,” said Cynthia Giles, assistant administrator for EPA’s Office of Enforcement and Compliance Assurance. “EPA works with communities like Fort Smith to develop cost-effective and pragmatic solutions to protect residents from exposure to raw sewage.”

“This settlement will achieve long overdue improvements in the city’s sewer system that will substantially reduce the number of sewage discharges and help assure that the citizens of Fort Smith reside in a safe and clean environment,” said Acting Assistant Attorney General Sam Hirsch for the Justice Department’s Environment and Natural Resource Division.

This agreement resolves alleged Clean Water Act violations related to Fort Smith’s failure to properly operate and maintain its sewer collection and treatment system. Since 2004, Fort Smith has had more than 2,000 discharges of untreated sewage from its municipal sewage system, resulting in more than 119 million gallons of raw sewage flowing into local waterways, including the Arkansas River. These types of discharges, known as sanitary system overflows, cause serious water quality and public health problems. Fort Smith also violated limits for discharges of various pollutants from its Massard and P Street wastewater treatment plants numerous times over the last decade.

Many of the manholes and pump stations from which Fort Smith’s sanitary sewage overflows occur are in low income and minority communities.

To cut sewage discharges, Fort Smith will conduct a comprehensive assessment of its sewer system to identify defects and places where stormwater may be entering the system. The city will also repair all sewer pipe segments and manholes that are likely to fail within the next 10 years, develop projects to improve its sewers’ performance and implement a program to clean the system of debris like grease and tree roots, which can exacerbate sewage discharges. Fort Smith will also implement a water monitoring program to determine whether human waste is entering and being discharged from the city’s stormwater system.

The implementation of the consent decree will reduce discharges of 3,492 pounds of total suspended solids, 3,343 pounds of biological oxygen demand, 543 pounds of nitrogen, and 78 pounds of phosphorus from the Fort Smith sewage system each year. High levels of these pollutants can reduce oxygen levels in water bodies, which can threaten the health of aquatic plants and animals. Too much nitrogen and phosphorus in the water causes algae to grow faster than ecosystems can handle. Large growths of algae, known as algal blooms, contribute to the creation of hypoxia or “dead zones” in water bodies where oxygen levels are so low that most aquatic life cannot survive.

Sanitary system overflows and backups of raw sewage onto private property poses risk to human health and the environment. Untreated sewage contains organic matter, bacteria, viruses, parasites, toxics and metals, which may cause illness or even death when humans come into contact with them. Most illnesses that arise from contact with sewage are caused by pathogens, which are biological agents that cause disease or illness in a host. The most common pathogens in sewage are bacteria, parasites, and viruses.  They cause a wide variety of acute illnesses including diarrhea and infections.

Keeping raw sewage and contaminated storm water out of the waters of the United States is one of EPA’s National Enforcement Initiatives. EPA is working to reduce discharges from sewer overflows by obtaining commitments from cities to implement timely, affordable solutions.

The proposed settlement is subject to a 30-day public comment period and final court approval. It can be viewed at:http://www2.epa.gov/enforcement/city-fort-smith-arkansas-settlement.