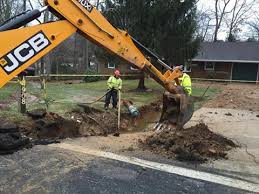 Redlands, Calif., Dec. 29, 2014—Nearly two million people stand to benefit from significant technological improvements made by Washington Suburban Sanitary Commission (WSSC), one of the largest water and wastewater utilities in the country.

WSSC, serving Prince George’s and Montgomery counties in Maryland, recently signed an enterprise license agreement (ELA) with Esri to expand its access to ArcGIS, an advanced mapping technology. The increased use of geographic information will enhance WSSC’s customer service through more efficient time and resource management.

An advanced mobile workforce management system is set to replace WSSC’s current paper-based fieldwork system. The move from paper to digital will enable field crews and the central office to exchange real-time updates.

The old way had field crews receiving static job lists. But if the job facts or the priority level changed, the static lists did not, so crews may have acted under old information. With the automated workflow, changes relay immediately to the field on handheld devices.

WSSC is using Esri’s mobile and online GIS apps, such as the Collector for ArcGIS app, to eliminate the need for paper forms.

In the future, WSSC will implement ArcGIS GeoEvent Extension for Server. The extension tracks moving and stationary assets, such as vehicle locations and water mains, to dispatch crews more quickly during emergencies.

WSSC selected Esri because of its past success with Esri products. Using Esri’s ArcGIS Online, for instance, the utility reduced project costs by 10 percent. The reduction stemmed from the utility collaborating with local agencies, such as the state highway administration, on scheduled maintenance. A shared web map might show that the utility and state both planned projects on one road, so the two agencies could coordinate one dig up and re-pavement eliminating redundant roadwork. The web maps saved time and ultimately improved customer satisfaction.

“In our quest to become a truly smart utility, we must first strive to work smarter,” WSSC CIO Mujib Lodhi said. “Technology platforms like Esri enable us to function at higher levels of innovation in such a transformative journey.”

Learn more about WSSC at wsscwater.com.

Learn more about Esri technology for water utilities at esri.com/water.

Since 1969, Esri has been giving customers around the world the power to think and plan geographically. The market leader in GIS technology, Esri software is used in more than 350,000 organizations worldwide including each of the 200 largest cities in the United States, most national governments, more than two-thirds of Fortune 500 companies, and more than 7,000 colleges and universities. Esri applications, running on more than one million desktops and thousands of web and enterprise servers, provide the backbone for the world’s mapping and spatial analysis. Esri is the only vendor that provides complete technical solutions for desktop, mobile, server, and Internet platforms. Visit us atesri.com/news.

Established in 1918, today WSSC is among the largest water and wastewater utilities in the nation, with a network of nearly 5,600 miles of freshwater pipeline and more than 5,400 miles of sewer pipeline. Our service area spans nearly 1,000 square miles in Prince George’s and Montgomery counties serving 1.8 million residents through approximately 460,000 customer accounts. WSSC drinking water has always met or exceeded federal standards.