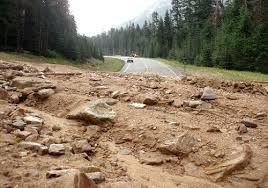 “Heavy rains throughout the state, and particularly in Marin and Ventura Counties, caused significant road damage,” said Secretary Foxx. “With more heavy rain expected over the next few days, these emergency funds will help state officials get needed repairs made more quickly so the many affected area residents can get up and running again.”

A series of heavy rainfalls resulted in flash floods over the last week in northern and southern parts of the state, causing significant problems for roads – including erosion, mudslides and accumulated roadway debris. State officials estimate repair costs at more than $24 million though, with additional rains expected in the next few days, that estimate is expected to climb.

“We are working closely with Caltrans and will do everything we can to help them restore full access to the many roads affected,” said Acting Federal Highway Administrator Gregory Nadeau. “Though additional payments may be made in the weeks and months ahead, all of us at FHWA consider this a down payment on the work needed now and in the weeks ahead.”

Funds from FHWA’s Emergency Relief Program will reimburse the state for emergency work done in the immediate aftermath of the flooding. The agency will provide additional funds as permanent repairs are identified and cost estimates are completed. FHWA’s Emergency Relief program provides funds for the repair or reconstruction of federal-aid roads and bridges damaged by natural disasters or catastrophic events.