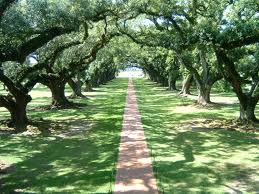 GAINESVILLE, Fla., Dec. 17, 2014—A big tree next to your house can do more than just save home-cooling costs, it will also cut carbon emissions, University of Florida researchers say.

Trees shade houses so that less energy is needed to cool them. But trees, especially older ones, also store and sequester carbon. Through photosynthesis, trees sequester ─ or capture ─ carbon dioxide from the atmosphere to create energy for growth. This carbon is then stored in the tree as long as the tree remains alive. Trees store carbon in their leaves, branches, trunks, stems and roots.

Carbon dioxide is released through electricity use, home heating, waste and transportation, among other activities, said UF wildlife ecology and conservation professor Mark Hostetler. Through photosynthesis, trees can offset the amount of carbon dioxide emitted by a house through carbon storage and sequestration.

With UF experts projecting the state to grow from 19 million now to 25 million in 2040, more land will be needed for housing, commercial and recreational uses. With a population increase comes more need for fossil fuels for heating, cooling and transportation and usually wildlife habitat losses, said Richard Vaughn, one of Hostetler’s former master’s students.

“While climate change mitigation takes place on many levels, I focused on the city level,” Vaughn said. “Cities are increasingly trying to offset carbon dioxide emissions, and new residential developments are a major source of such emissions. Our study offers a viable mitigation strategy that addresses many of these issues.”
With a goal of storing more carbon, Vaughn studied how to design conservation-friendly neighborhoods. Using tree data and a model, Vaughn examined how to design a subdivision for maximum tree carbon storage and sequestration.

He reviewed data from trees in a planned 1,741-acre subdivision that, if built, would have 1,835 homes on in the Gainesville area. The land is still a managed pine forest and the subdivision proposal awaits final governmental approval.

Vaughn studied groups of trees of certain ages – 2-9 years old, 10-18, 19-29 and 31-61 – in the planned subdivision. Older trees hold more carbon than younger ones, so Vaughn wanted to cluster homes closer to each other to protect older trees, thus helping the environment. In order to do this, he divided the buildable area by half, 1,025 acres to 512 acres.

He then loaded the tree data, collected in 2011, into a model and came up with seven neighborhood compact designs, all of which helped conserve carbon. One design, which had the oldest trees, saved 91 percent of the original stored carbon and 82 percent of sequestered carbon.

Hostetler said storing carbon in trees is just one advantage to designing neighborhoods in compact clusters. This data can encourage governments to allow, and developers to build, neighborhoods that preserve carbon and provide other environmental advantages, he said.

“If you have a compact subdivision, you’ll have fewer roads,” said Hostetler, an Institute of Food and Agricultural Sciences faculty member. “With fewer roads, you have less energy used to produce the roads. That impacts how much carbon is released. With more patches of biodiversity, you also have natural patches for wildlife. And there’s water. With the compact neighborhood design, you’ve decreased the pavement and you’ve kind of separated the built areas from the natural areas.”

The study was published in the November edition of the journal Landscape and Urban Planning.