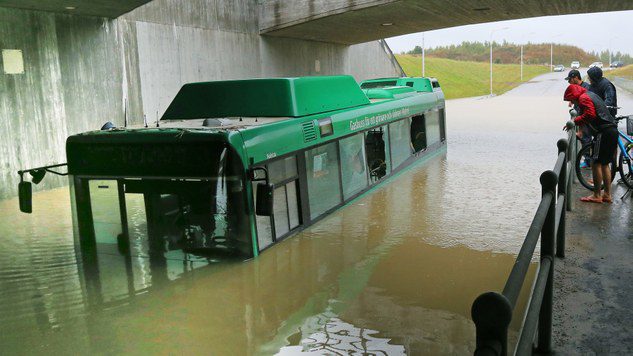 Transport is vital to the smooth running of the economy. When movement of people, goods or services is hindered, the indirect costs to the economy can be many times higher than the direct cost of damaged transport infrastructure. Despite these risks, adapting the transport system to climate change has received relatively little attention from policymakers to date.

This message comes from ‘Adaptation of transport to climate change in Europe‘, a new report from the European Environment Agency (EEA).

There has been limited progress in adapting Europe’s transport system, although it is still not widespread. The report highlights several examples of early action, while 10 European countries refer to transport or transport infrastructure in some detail in their national adaptation strategies.

One of the most cost-effective solutions is to consider adaptation measures when infrastructure is built or renewed. Moreover, those adapting can prevent ‘locking-in’ to unsustainable transport systems by taking a longer-term, systemic perspective, the EEA report says.

At the European level, there are funds to help the transport system adapt to climate change. Action has also started on a project to revise European standards for infrastructure in light of climate change projections.