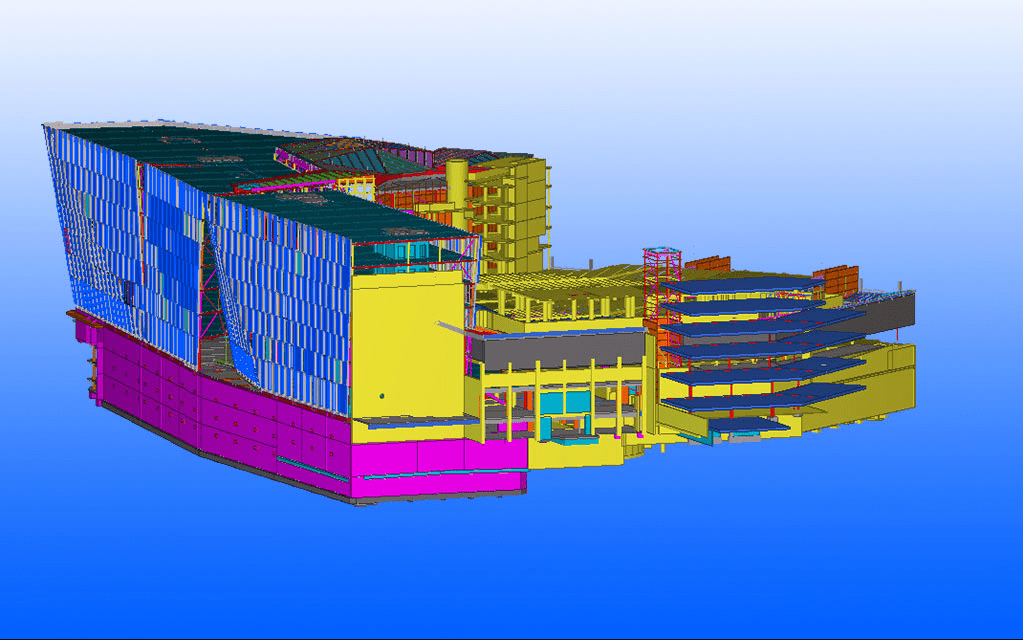 ATLANTA — December 11, 2014 —Tekla, a Trimble company and global provider of Building Information Modeling (BIM) software to the architectural, engineering and construction markets, has announced the winners of its 2014 Tekla Global BIM Awards.

The winners were chosen by a jury of international BIM experts and public vote. Competition entries included winners of regional Tekla BIM competitions held by Tekla area offices and resellers during 2014. Forty-nine exemplary projects competed in the Tekla Global BIM Awards and over 3,500 votes were cast for the projects presented on the competition website. The winners of the six categories of Tekla Global BIM Awards represent a wide range of construction projects and materials across the globe.

The award categories and winners are:

The new headquarters of the financial services group OP-Pohjola in Helsinki, Finland, is a multi-material building with a complex, sloped precast concrete and glass facade. A collaborative group of companies led by Sweco modeled the building in several locations, while designers and contractors followed design progress with the model’s design statuses. Several project parties used models for clash checking, hole reservations and visualizations, and chose object-based quantity take off and scheduling plus coordination with BIM.

The River Vantaanjoki Bridge in Finland by Siltanylund Oy and Destia Oy included design and construction of a new road, bridge structures crossing the river Vantaanjoki, pile slabs, an underpass and an associated trough. In addition to cast in place structures and reinforcement, the project parties modeled the roads and earthworks and utilized BIM in checking and approval process, and onsite.

The multifunctional Torun Concert Hall in Poland by Fort Polska is a geometrically complex building consisting of five modules, of which two can be joined to create a larger space various types of events. The hall has inclined load-bearing concrete walls below partially movable ceilings made of hundreds of polymorph faces angled together. Without BIM, mapping this architectural thought would not have been possible.

The partially retractable roof of the Singapore Sport Hub by Arup spans 310 meter, making it the largest free-spanning dome structure in the world. Collaborative design using 3D modeling techniques between the architectural vision, venue designers and the structural engineering team resulted in a highly buildable roof that is extremely efficient, lightweight and sophisticated.

The 2010-meter cable-stayed Cao Lanh Bridge in the river Mekong delta in Vietnam was created by VTCO Investment’s team of new Tekla users. The bridge model will not only be used for shop drawings production, but also will play an important role in the operation and maintenance after the completion of the bridge, scheduled for 2017. The bridge was the clear favorite of over 3500 online voters.

More information about the competition, winners and other entries is available on the Tekla website.

Media images are available for use in the Tekla image bank at http://tekla.digtator.fi/public/89afb4b5f42C.aspx. These pictures are intended for media use only and may not be altered in any way. Please include following caption next to the images “Copyright © 2014 Tekla Corporation.”

About The Tekla Global BIM Awards

Tekla created the Global BIM Awards competition as a way to express appreciation to its customers and share their success stories worldwide. Winners were selected by a public vote as well as a jury of international BIM experts Ashwin Mahalingam, Assistant Professor of Indian Institute of Technology, Madras; Richard Ogden, Chairman of Buildoffsite and Director in acumen7; Viktor Várkonyi, CEO of Graphisoft; and John Bacus, Product Management Director of Trimble SketchUp. Tekla was represented by Executive Vice President, Risto Räty. Showcasing users models celebrates the versatility of Tekla software and demonstrates how its use impacts landscapes around the world. Tekla plays a significant role in building many of the complex and iconic structures seen and used every day. More information about the competition, winners and other entries is available at http://www.tekla.com/global-bim-awards-2013. Photos of winning projects are available to the media upon request.

Tekla drives the evolution of digital information models to provide greater competitive advantage to the construction, infrastructure and energy industries. Established in 1966, Tekla has customers in over 100 countries, offices in over 20 countries, and a global partner network. Tekla Building & Construction is part of Trimble Buildings, a Trimblesegment focused on technology solutions that improve collaboration, efficiency and accuracy across the Design-Build-Operate (DBO) lifecycle of construction.