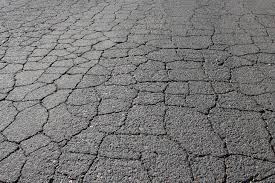 “The top priority for every state transportation department is to keep America’s surface transportation system operating safely and efficiently,” said AASHTO Executive Director Bud Wright. While the new report highlights a major gap between what is needed and what is actually spent, Wright said that aiming for a more robust investment level “could target the backlog of repair and rehabilitation projects across the country. Workers would benefit – as would the entire U.S. economy.”

“As the demand for public transportation increases, our systems are strained and in dire need of strong investment,” said APTA President and CEO Michael Melaniphy.  “After years of a lack of robust investment, the public transit infrastructure that our communities and businesses rely on to grow and prosper is crumbling.  Investment in public transit is a key ingredient to driving growth in our communities, attracting development and causing increased property values along its corridors.”

The investment-needs, which are derived from economic analysis of demand trends and current network performance, illustrate that government investment in surface transportation infrastructure is far below what is needed to meet demand and allow for safe travel.

The report found about 64,000 structurally deficient bridges are still operating across the country. That is after that category shrank by 43 percent from 1994 to 2013 following a major federal infrastructure spending package and state efforts to target older bridge structures.

[A highway bridge is classified as structurally deficient and requiring some kind of maintenance or upkeep if its deck, superstructure, substructure or culvert is rated in “poor” condition. This rating does not mean the bridge is unsafe. All bridges undergo regular inspections and if a bridge is determined to be hazardous it is closed.]

“There is little disagreement about the value of transportation,” said Wright. “The business community, trade unions, commercial truck drivers and numerous associations including AASHTO and APTA support greater investment. The key is reaching consensus on Capitol Hill. We hope this report will help decision-makers better understand what’s at stake in deciding on a long-term, sustainable stream of revenue to support transportation infrastructure.”

“It is America’s surface transportation system that keeps us mobile, productive and internationally competitive,” said Melaniphy.  “This report provides the all-important basis for determining the investment levels required to achieve maximum economic and social returns.   The comprehensive review of investment requirements provided through this report will be invaluable to policy makers as they consider federal surface transportation legislation in 2015.”

Meanwhile, freight ton miles are expected to grow 72 percent from 2015 to 2040, putting ever more big-rig trucks on often-crowded highways

Highway and bridge estimates in the report are based on a rate of travel growth of 1.0 percent per year in vehicle miles of travel. In 2014, America was returning, for the first time since the recession began in 2008, to the level of 3 trillion miles of travel. That rebound in travel miles has been spurred in part by falling gasoline prices and increased employment.

The full Bottom Line Report is available at:  http://bottomline.transportation.org/