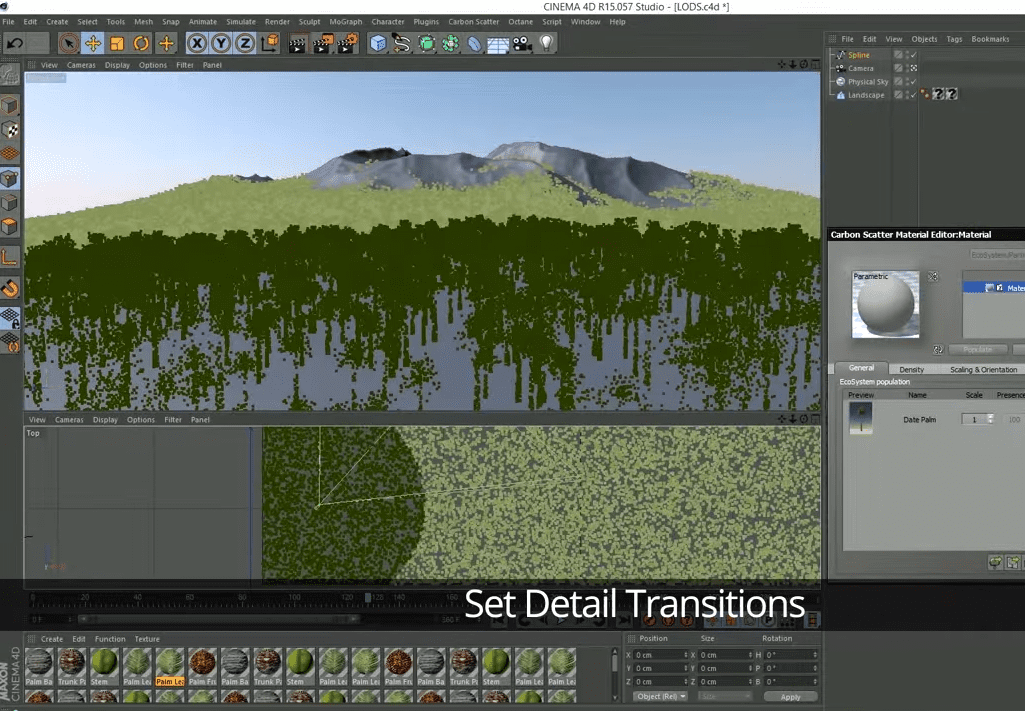 Derived from e-on software’s acclaimed EcoSystem™ technology, Carbon Scatter 2015 is the easiest and most straightforward solution for creating complex and detailed populations using the native instancing technologies of the host application.

With Carbon Scatter Pro, users can customize plant species directly, for even greater variability and control (see below).

Based on e-on software’s renowned procedural plant technology, Carbon Scatter Pro lets the user easily customize any of the plants included with Carbon Scatter, get more plants from cornucopia3d.com and the PlantFactory Nursery and allows creation of their own, unique plant species.

Carbon Scatter Pro is natively compatible with PlantFactory content (even if the user doesn’t own PlantFactory).

More information, sample imagery and videos about Carbon Scatter 2015 are available at www.carbonscatter.com

The Trial Version is a fully functional version of Carbon Scatter 2015, aside from the following limitations:

The Carbon Scatter 2015 Trial Version cannot be used for commercial work. Once installed, the Trial Version will work for 30 days.

Rendering of the Carbon Scatter 2015 scene elements is entirely done by the host application’s renderer.

The Carbon Scatter 2015 Trial version is available as a free download from try.carbonscatter.com.

More information about Carbon Scatter can be found at www.carbonscatter.com.