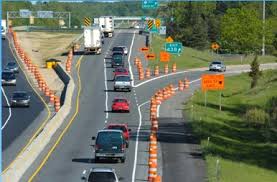 The STC resolution said that continuing to underinvest in the state’s transportation infrastructure is producing a loss of nearly $3 million in the value of Michigan roads and bridges each day for a total of $1 billion per year. It also noted that MDOT has projected it will not have enough state transportation revenue to match all available federal highway funding beginning in 2016, and that this revenue shortfall will result in the loss of as much as $750 million in federal aid annually.

“MDOT welcomes the Commission’s call for action,” said Steudle. “The future of Michigan’s state transportation network is at stake.”