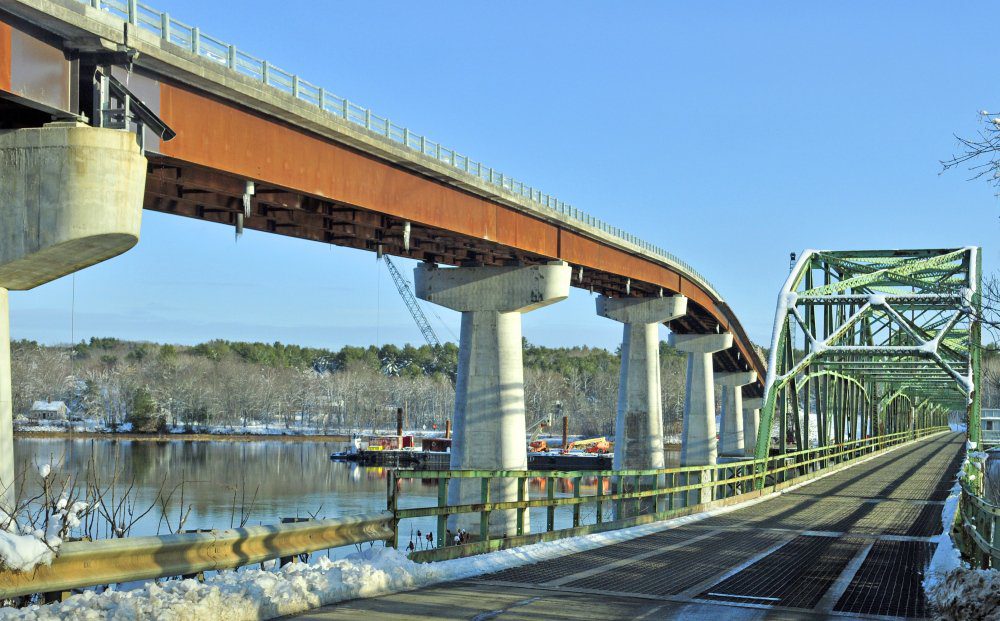 RICHMOND and DRESDEN, Me., Dec. 8, 2014—The U.S. Department of Transportation’s Federal Highway Administration today celebrated the opening of the newly built Kennebec Bridge (State Route 197) that connects the towns of Richmond and Dresden in central Maine. The $18.4 million project, which relied on a $10.8 million Transportation Investment Generating Economic Recovery (TIGER III) grant, will improve mobility to and from the two towns.

“We put Americans to work building a bridge for the next generation and we need more investments like this one all across the country,” said U.S. Transportation Secretary Anthony Foxx. “We can and must do more to fix our aging infrastructure, but we need Congress’ help to pass our long-term funding proposal to make that possible.”

The GROW AMERICA Act is the Obama Administration’s $302 billion, four year transportation reauthorization proposal that provides increased and stable funding for our Nation’s highways, bridges, transit, and rail systems. The TIGER program, used to fund this project, would receive $5 billion over for years for TIGER grants under GROW AMERICA.

Construction on the Kennebec Main Bridge project began in June of 2013. The project replaces an 80 year-old bridge that was at the end of its service life and unable to carry heavy cargo. With close to 3,000 vehicles using it each day, the bridge is an important crossing over the Kennebec River, connecting communities and linking Dresden and points east with Interstate 295. The old bridge was structurally deficient, with only one movable section allowing larger vessels to pass the navigable portion of the Kennebec River. It was only 20-feet wide, often acting as a single lane bridge.

“TIGER funding helped jump start this project,” said Acting Federal Highway Administrator Gregory Nadeau. “The project exemplifies what is needed all across America — transportation projects built with federal dollars that can alleviate congestion, move goods faster and help commuters and residents get to and from home and work safely and efficiently.”

In addition to federal support received through the TIGER program, this project was part of the Obama Administration’s ongoing efforts to modernize federal permitting of infrastructure projects and posted to the Federal Infrastructure Projects Permitting Dashboard. Under this effort, federal agencies and the project sponsor—the Maine Department of Transportation—collaborated extensively to cut red tape, and accelerate permits and reviews related to the environmental assessment process.

Among other criteria, this project was selected based on the safety benefits of the improved structure, its ability to improve the condition of existing transportation systems and its enhancement of the quality of life for communities by increasing travel choices and connections. The new structure is wider, with two travel lanes and shoulders to safely accommodate trucks, bicycles and pedestrians. The new bridge is taller, with sufficient vertical clearance to eliminate the need for a movable span. It will provide reliable access and regional mobility for both highway and marine traffic. The old bridge will be taken down after the opening of the new one to minimize impact on traffic flow.