/ Corporate / USGBC Wins the UN’s Champions of the Earth Award

USGBC Wins the UN’s Champions of the Earth Award 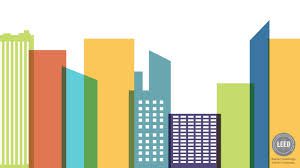 The United Nations has honored the U.S. Green Building Council, co-founded by Syracuse’s Rick Fedrizzi, with its top environmental award.

The UN’s Champions of the Earth award is usually given to an individual. However, it was given Wednesday to the Green Building Council for its contribution to sustainable building through its Leadership in Energy and Environmental Design (LEED) green building rating system.

“We see it as a signal that the sustainability of buildings is increasingly being treated as a critical environmental and socio-economic issue, not just in the U.S. but across the world,” said Fedrizzi, the council’s CEO and founding chair.

Approximately 1.7 million square feet of building space is LEED certified daily in 150 countries and territories, the equivalent of about 45 football fields, according to the Washington, D.C., based council.

Achim Steiner, executive director of the United Nations Environment Programme, said LEED’s success has improved the quality of life for millions of people while helping to mitigate climate change.

“Organizations like the USGBC are a leading example of how sustainable business can profit the planet by providing energy efficient places that give people better, brighter, healthier spaces to live, work and play,” he said in announcing the award.

Steiner and UN Secretary-General Ban Ki-moon presented the award to Fedrizzi at a ceremony Wednesday at the Smithsonian American Art Museum and National Portrait Gallery in Washington, D.C.

Fedrizzi, David Gottfried and Mike Italiano founded the Green Building Council in 1993 to promote sustainability in the building and construction industry. The organization established its LEED building certification system in 2000.

The UN launched its Champions of the Earth award in 2005 to recognize outstanding visionaries and leaders in the fields of policy, science, entrepreneurship and civil society action.