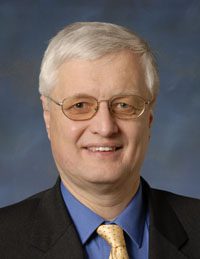 After a national search of extraordinary candidates for the Executive Director of the Transportation Research Board (TRB), Neil Pedersen, Deputy Director of the second Strategic Highway Research Program (SHRP 2), has been selected to lead TRB. Pedersen’s appointment will be effective on February 1, 2015.

Pedersen joined the National Academies in 2012 as the Deputy Director of the second Strategic Highway Research Program (SHRP 2) after more than 36 years of experience in the transportation profession. For 29 years Neil served in management and leadership positions at the Maryland Department of Transportation’s State Highway Administration (SHA), including as chief executive officer for more than eight years.

A native of Massachusetts, Pedersen earned bachelor’s degrees in civil engineering and urban studies from Bucknell University and a master’s degree in civil engineering from Northwestern University. He began his career as a consultant in transportation planning, working first for R. H. Pratt Associates and then for JHK and Associates. He managed projects ranging from travel demand forecasting to transit alternatives analyses and toll road feasibility studies.

In December 1982 he joined SHA as Deputy Director of the Office of Planning and Preliminary Engineering; in 1984 he became Director of that office. Pedersen served in that post until July 2000, when he was appointed Deputy Administrator for Planning and Engineering, with responsibility for SHA’s planning, environmental, engineering, and real estate activities. In January 2003 Pedersen was named Administrator of SHA. In this role he served as principal adviser to the Governor and the Secretary of Transportation on highway-related matters and provided strategic leadership to an agency of 3,200 employees who plan, design, construct, maintain, and operate Maryland’s 5,200-mile state highway network and 2,500 bridges. Pedersen also had oversight responsibility for Maryland’s highway safety and motor carrier programs, and he lead delivery of the state’s two megaprojects—the Woodrow Wilson Bridge and the Intercounty Connector. Throughout his tenure, Pedersen remained technically engaged in the science and art of planning and engineering while providing highly effective management and leadership, often in a politically charged context.

Before joining the TRB Staff, Pedersen was an active volunteer at TRB for more than 30 years serving on numerous committees and panels. He is a past chair of the TRB Executive Committee, the Technical Activities Council, and the SHRP 2 Technical Coordinating Committee for Capacity Research. He also served as a member of the Executive Committee’s Subcommittee on Planning and Policy Review and the National Cooperative Highway Research Program Project Panel on Research for the AASHTO Standing Committee on Highways. In addition, he is an Emeritus Member of the TRB Committee on Statewide Multimodal Transportation Planning.

Among his honors, Pedersen has received the George S. Bartlett Award (2006), the Road Gang’s Lester P. Lamm Award (2005), the Planner of the Year Award from the Maryland Chapter of the American Planning Association (1997), AASHTO’s Intermodal Award (1994), and the Community Service Award of the Institute of Transportation Engineers’ Baltimore–Washington Chapter (1992).

Pedersen will succeed Robert E. Skinner, Jr., who will retire at the end of January after more than 30 years of service to the National Academies. Skinner will work closely with Pedersen during the next two and one half months to ensure a smooth transition.

Skinner noted that “Neil has taken on virtually every volunteer leadership role TRB has to offer with great success and as a TRB staff member helped move SHRP 2 products from research to practice. I will be leaving TRB in good hands.”

“The Academies’ Presidents–Ralph Cicerone, Dan Mote, and Victor Dzau–join me in congratulating Neil on his new position and in thanking Bob for his outstanding service to the National Research Council. We look forward to Neil’s leadership on critical transportation issues for the nation and for the profession” said Bruce Darling, executive officer of the National Academy of Sciences and National Research Council (NRC).

In his announcement to the TRB Executive Committee, Chair Kirk Steudle acknowledged the members of the search committee noting that they “…worked diligently to complete a nationwide search, and in doing so, further strengthened the organizational bonds and personal relationships between the TRB and the Academies. We interviewed extraordinary candidates and the decision was difficult, but in the end, we concluded that Neil is the best choice to take TRB forward.”