Aquavus: a Revolutionary System for Purifying Seawater and Unsafe Water 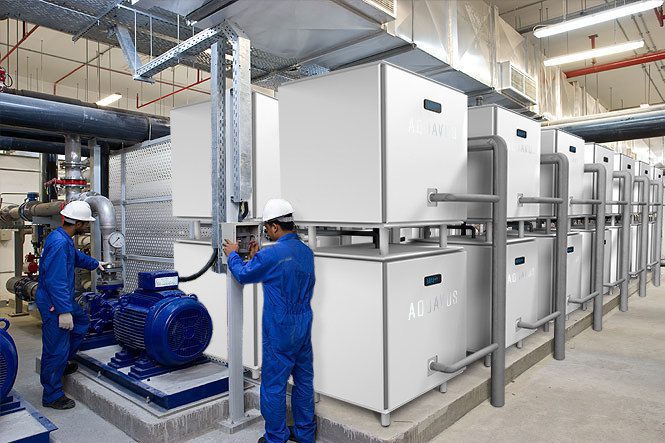 According to the World Health Organization, unsafe drinking water was responsible for nearly a half million deaths in India in 2010.

Paul Rewrie is one of the leaders of a British company that may very well have the answer to this dilemma. Aquavus is a new technology that uses ultrasound to purify and desalinate seawater and clean contaminated water.

However, the scale of water usage in a village in the developing world is much different. Each villager uses about 20 liters of water a day for drinking, cooking, and bathing. A single Aquavus unit could supply enough clean water to support the needs of 150 people per day.

“The Aquavus system uses powerful ultrasound to blast impure water into particles of less than 10 microns. These micro-particles evaporate and condense to form pure water.”

Aquavus is still in the developmental stages. “Our alpha prototype machine proved that our technology works in lab conditions,” said Rewrie. “Now we need to build three beta prototypes and the projected cost is $300,000. We will then build the final Industrial machines, which will lead to the licensing across the world.”

In order to generate this capital, he and his team have launched an Indiegogo campaign, which can be viewed atwww.indiegogo.com/projects/aquavus-ultrasound-desalination-and-purification.

Donations of any amount are welcome. Those who contribute $50 will receive an Aquavus baseball cap. For $75, you can get an “I Love Drinking Water” T-shirt.

“Our goal is to keep the final products at prices below $1,000 for the seawater unit and $500 for the artesian and surface water units,” Rewrie said.

One of the members of the Aquavus team is Dr. Ravi Kumar, who wrote and directed Bhopal: A Prayer For Rain, a film starring Martin Sheen, Kal Penn and Mischa Barton. The movie is inspired by the 1984 Union Carbide disaster.