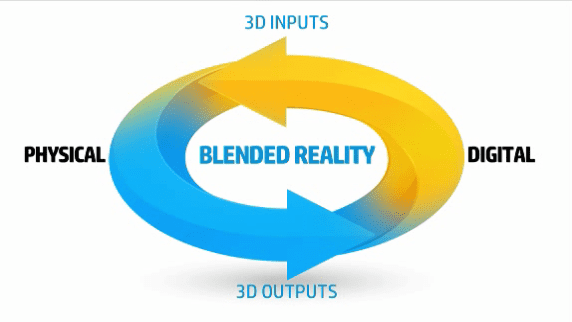 HP revealed new products today that aim to humanize and blend 2D with the 3D. They call the vision Blended Reality, and are reimagining 3D printing and 3D computing with both a new printer and a new computer.

The 3D printer offering addresses speed, cost and quality. The company has invested the technology innovations of their 2D printing work to deliver a new 3D printer. The product will be in beta release this year with selected customers, and will be available to the wide market in 2016. 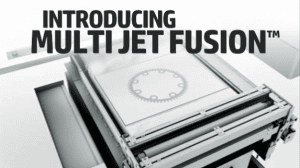 Multi Jet Fusion is the new technology that promises 10x the speed of any 3D printer available today. They assert that the cost of the printer is lower than the cost of any in its class today. It works with a bed of material, dropping micro materials on that bed, and fusing the material with every pass.

HP compared the various means of 3D printing technologies and the time to make 100 gears, saying they can do so in 3 hours, compared to more than 30 hours of other systems.

HP also announced an open platform approach, allowing others to work with the company to expand the applications and materials.

The new Multi Jet Fusion you can: 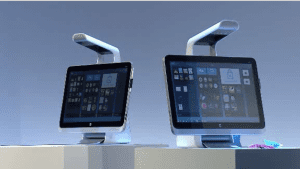 In addition to the new 3D printer, the company also announced Sprout, a new computer environment that allows users to create with their hands, to manipulate photos, to scan 3D objects, and according to HP, democratize making. The new computing environment blends a 3D camera, a scanner, a keyboard, a stylus (on a 2o point touch canvas), a touchscreen, and remote collaboration tools.

The company has opened this platform to developers to create apps, including a high-profile alliance with Martha Stewart and a new app for creating. There’s also a new app from Crayola for kids. And they are opening up a Software Developer Kit for software developers to get involved.