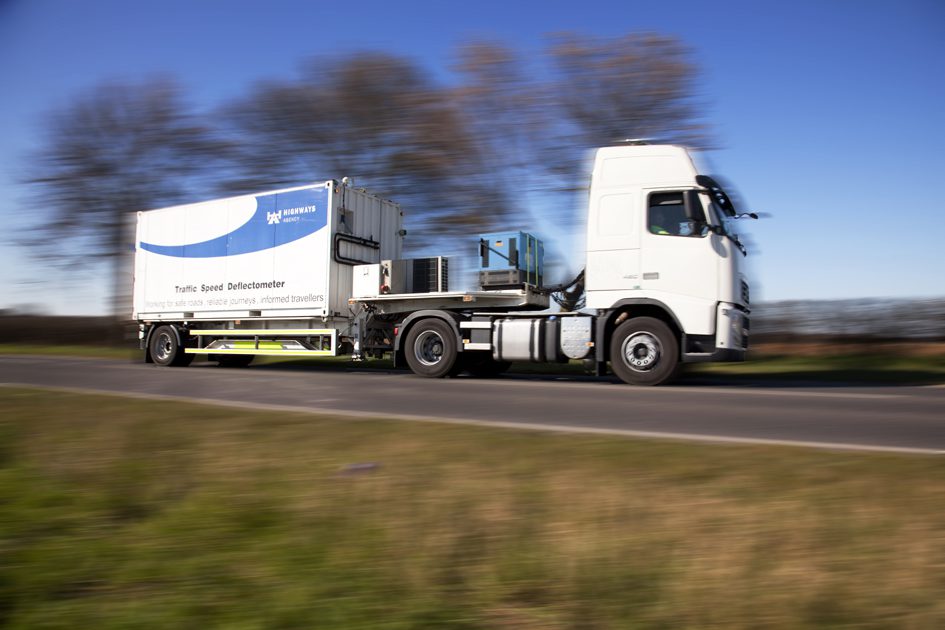 The £1.3m contract includes annual TSD data collection for lane 1 of the strategic road network in England, a length of approximately 14,000 lane-km, in addition to programmed surveys of lane 2 plus slip roads. This is believed to be the first contract of its type and scale to be outsourced by a public road agency to the commercial sector.

In 2012, as one of three survey companies undertaking extended trials of the technology, Fugro surveyed 5600 lane-km of English trunk roads and differentiated itself by processing data overnight for client evaluation.

Fugro’s expertise in ground penetrating radar (GPR) will also be of value because the Highways Agency plans to collect radar data alongside deflection measurements from 2015. Provided with an integrated and up-to-date perspective on pavement structure and performance, the Agency will be able to better target future maintenance schemes.

Highways specialists at Fugro will process the data and upload results to the Highways Agency’s Pavement Management System. TRL will provide quality assurance and technical advice.

The TRASS surveys commenced in September following an accreditation process.

Fugro creates value by acquiring and interpreting Earth and engineering data and by supporting clients with the design, construction, repair and maintenance of their infrastructure. Fugro works predominantly in energy and infrastructure markets offshore and onshore, employing approximately 12,500 people in over 60 countries. With 2013 revenues of € 2.4 billion Fugro is listed on NYSE Euronext Amsterdam and is included in the AEX-Index.