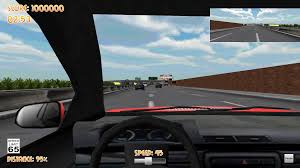 SACRAMENTO, Calif., Oct. 21,2014 – In an effort to fight distracted driving and raise public awareness during National Teen Driver Safety Week, October 19-25, the California Department of Transportation (Caltrans) is joining with the Office of Traffic Safety and California Highway Patrol to launch an interactive, mobile and online game called “Distraction Zone”that helps educate teen drivers about safe driving. Car crashes are the leading cause of death for 14- to 18-year-olds in the United States.

“Playing the Distraction Zone game will provide teens with lifelong skills that will not only help keep these young drivers safe, but protect highway workers,” said Caltrans Director Malcolm Dougherty.

According to 2012 data from The National Highway Traffic Safety Association, among drivers 15- to 19-years-old who were distracted in fatal crashes, nearly 1 in 5 were distracted by their phones. Speeding is also a common contributing factor in fatal crashes. In 2012, speeding was a factor in almost half (48 percent) of the crashes that killed 15- to 20-year-old drivers.

The Distraction Zone game is specifically designed to reinforce key safe driving behaviors like avoiding distractions, being alert, and slowing down when approaching highway work zones. The mobile and online format helps get teen drivers engaged while actively learning safe driving skills.  Mobile versions of the game are available for download on the App Store and Google Play and the online version is played at www.DistractionZone.com. As always, teens should not play the game or text while driving.

An added incentive to entice teen game play is a contest being run by the campaign’s media partner, iHeart Media. The Distraction Zone contest invites teen players to submit their highest game score for a chance to win cash prizes. The top prize, donated by iHeart Media, is $500. Players can play multiple times to achieve their best score and enter the contest between now and June 15, 2015.

The Distraction Zone campaign also includes a safe driving education program for high schools called the Distraction Zone School Challenge. This program calls on student leaders to create an on-campus traffic safety event as part of a competition to win a cash grant up to $2,000 for their school, which is also donated by iHeart Media. Applications to enter the competition are due by December 1, 2014.