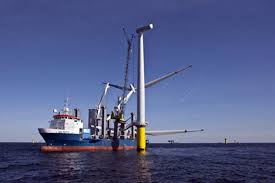 The European Investment Bank and TenneT have signed the latest contract for a EUR 150 million loan, part of a total EUR 450 million financing to TenneT Holding B.V.  agreed in 2011. The financing is provided by the EIB to support construction and operation of ‘Randstad 380 kV’; a 83 km 380kV transmission connection in the western Netherlands.

“Security of electricity supply and the need to incorporate renewable energy from North Sea wind farms into the European energy grid have become ever more important since overall support by the European Investment Bank for new transmission investment was first agreed with TenneT. The Randstad 380 kV transmission loop with both ensure energy supply for most populated parts of the Netherlands and enable North Sea wind to supply customers across north-west Europe. Investment in grid infrastructure is essential for energy supply in Europe and we are pleased to have worked closely with TenneT in recent years to support new links in both the Netherlands and Germany.” highlighted Pim Van Ballekom, European Investment Bank Vice President.

Otto Jager, CFO TenneT: “With over EUR 1.2 billion of total funds committed, the EIB has proven to be a reliable and outstanding financing partner for our onshore and offshore high voltage transmission projects. The continuous support of the EIB for this project shows the importance of investments like the Randstad 380 project. It provides security of supply, new energy trading possibilities for third parties and facilitates renewable electricity production which is rapidly growing in and around the Netherlands.”

TenneT to develop offshore grid in the Netherlands

In June of this year, Minister Kamp of Economic Affairs took the guiding decision to appoint TenneT as the sole operator of the offshore electricity grid under law. The Netherlands wants to construct additional offshore wind farms with a total capacity of 3,450 MW by 2020. TenneT is now drawing up an offshore grid development plan and undertaking other essential preparations for obtaining the required permits and putting the projects out to tender.

The Randstad 380 kV project includes construction of three substations and a 83km link between Wateringen, 7 km southwest of The Hague, and Beverwijk, 20 km northwest of Amsterdam. 20 km of the electricity link crossing scenic and environmentally sensitive areas will be underground to minimize environmental impact from the project, innovative Wintrack pylons will be used to reduce magnetic disruption by a third.

Over the last five years the European Investment Bank, the European Union’s long-term lending institution, has lent over EUR 8 billion for projects in the Netherlands, including support for energy schemes such as the Gemini wind farm, one of the most productive in the world, investment by Gasunie, and Gate LNG Terminal.

In the last five years the EIB has provided more than EUR 60 billion for energy investment across Europe and around the world.