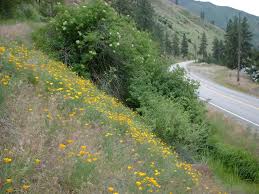 BOISE, Idaho, Oct. 16, 2014—Two unique communications efforts by the Idaho Transportation Department were among the nation’s best projects recognized by the American Association of State Highway Transportation Officials (AASHTO) at a recent gathering in Scottsdale, Ariz.

ITD earned Honorable Mentions for a news release about unusual methods for spreading wildflowers along Idaho highways and its Aeronautics App for providing critical safety information to pilots accessing Idaho’s many backcountry airstrips.

The Operation Wildflower release may be viewed at
http://apps.itd.idaho.gov/Apps/MediaManagerMVC/PressRelease.aspx/Preview/4719

At the time of its release, the app was believed to be the first of its kind in the nation. It is available as a free download for Apple and Android devices. The app has won several awards, and numerous other states have contacted ITD about it.

ITD’s Aeronautics App also was one of nine communications projects submitted from across the U.S. selected for discussion with representatives from other state departments of transportation.