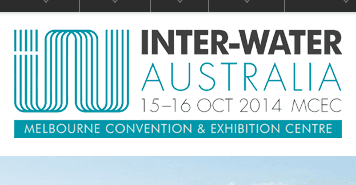 Hao Xin, Co-founder, Vice President and Executive Director of Green Zhejiang, is to speak at the opening of the Inter-Water Australia Conference, which takes place at the Melbourne Convention & Exhibition Centre at 10.30am on Wednesday 15 October. Green Zhejiang is the largest environmental NGO in China’s Zhejiang Province and Hao Xin and his team have a long track record of campaigning and raising funds to support the sustainable and efficient use of water.

Xin Hao aims to build links with Chinese government officials. Developing relationships with officials and gaining their respect is a key concern for Chinese Waterkeepers as it enables them to work more closely with government environmental agencies and have more influence when fighting polluters.

His CV reads like an encyclopaedia of activities supporting the sustainable use of water: