/ Buildings / U.S. and U.K. Building Owners Expect to Increase Their Involvement With BIM in the Next Two Years

U.S. and U.K. Building Owners Expect to Increase Their Involvement With BIM in the Next Two Years 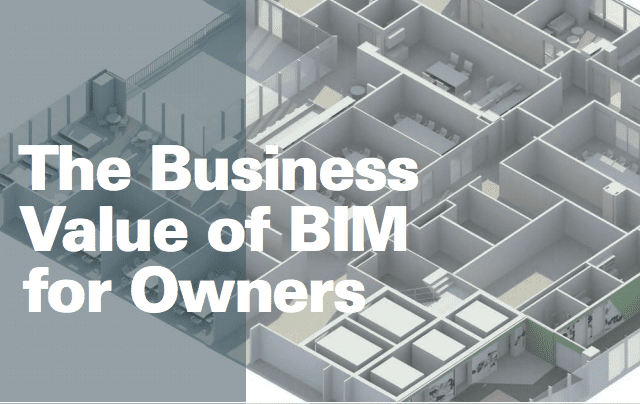 NEW YORK – October 13, 2014 – While building owners may not always directly use building information modeling (BIM), they are increasingly recognizing its value on their projects.  McGraw Hill Construction today released its new SmartMarket Report, The Business Value of BIM for Owners, which demonstrates that owners expect to grow their involvement with BIM rapidly:

“The McGraw Hill Construction report clearly shows the most important driver of BIM use in Singapore and the U.K. has been their national BIM mandates,” says Phillip G. Bernstein, Vice President of Strategic Industry Relations at Autodesk. “With these two governments continuing to make infrastructure development a high priority, the adoption of BIM has become a critically important step towards minimizing lifecycle building costs and improving the design quality of their built assets.  The report makes evident that the desire to become an industry leader is an aspect of the BIM policies of Singapore and the U.K. To this end, a significant impact of these BIM mandates has been to ensure that construction sectors are becoming more globally competitive.”

Mark Putnam, President and CEO of Skanska UK, notes, “The government’s mandate is helping to drive change across the U.K. construction industry. Its 2016 deadline is accelerating the adoption of new tools and processes, which will ultimately deliver the collaboration and data needed to help achieve the industry’s long term objectives.” He adds, “When Skanska is an owner, we mandate BIM and have done so since 2008, as we believe it brings significant benefits. However, the report clearly shows that there is still much to be done before BIM is routinely used to develop more sustainable buildings and infrastructure.”

Because the findings demonstrate the powerful influence that governments can have on the implementation of BIM, the report also contains research on BIM policies in over 20 major construction markets globally, as well as qualitative research with owners on the use of BIM in Singapore and Scandinavia, two regions with strong, effective support of BIM by their national governments.

According to the report, one aspect of having a central government mandate is the demands it places on all players on the project team to be working with BIM. The use of BIM by the full core project team rather than by select players can have a significantly positive impact on BIM’s influence on project outcomes.

The findings also reveal that U.K. owners are using BIM for facility management, capitalizing on the benefits of BIM not just to reduce the cost of building design and construction but also throughout the building lifecycle.

“For as long as BIM has been used, practitioners have foreseen the potential value to owners of bringing the data-rich models developed by design and construction teams into owners’ facility management and operations environments,” says Steve Jones, Senior Director of McGraw Hill Construction and principal author of this report. “Recent advances in standards and technology are now putting this within reach of owners everywhere. We are at the beginning of an exciting new era for BIM.”

Despite the vigorous involvement with BIM by owners in the U.S. and especially in the U.K., the study also reveals that they would expand their engagement with BIM if there were more industry professionals with BIM skills at design and construction firms, if their operations and maintenance staff had a better ability to utilize the model and if there were standards of model development and exchange to better enable use of the model across the entire project team.

The Business Value of BIM for Owners SmartMarket Report was produced by McGraw Hill Construction in partnership with Autodesk and Skanska. Contributing partners who made this report possible were Balfour Beatty Construction and Mortenson Construction. Additional support was provided by the American Institute of Steel Construction (AISC), the buildingSMART alliance and Hensel Phelps.  To download the full report, click here.