University of Minnesota Ranks Accessibility to Jobs by Transit in Top U.S. Cities 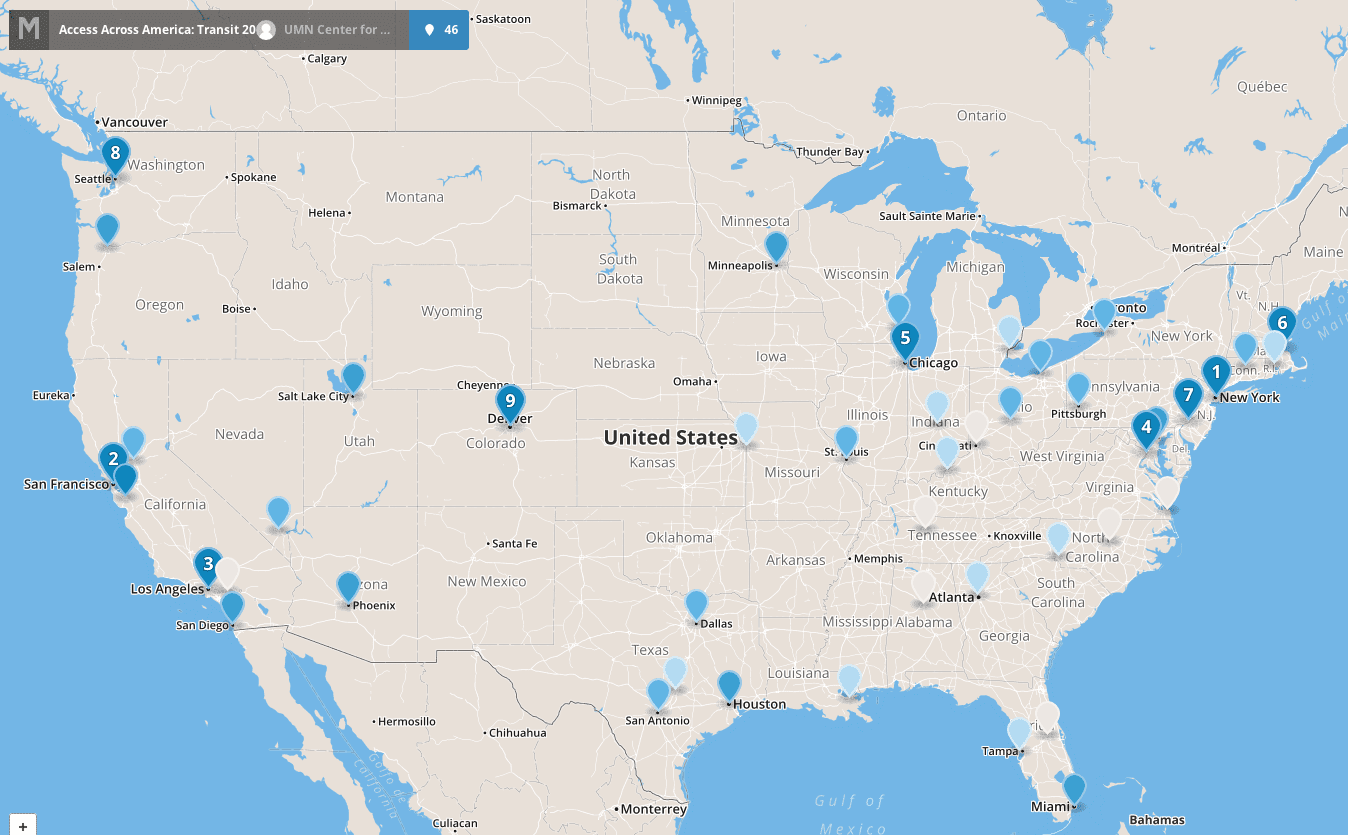 MINNEAPOLIS / ST. PAUL, Oct. 7, 2014— New research from the Accessibility Observatory at the University of Minnesota ranks 46 of the 50 largest (by population) metropolitan areas in the United States for accessibility to jobs by transit.

The new rankings, part of the Access Across America study begun last year, focus on accessibility, a measure that examines both land use and transportation systems. Accessibility measures how many destinations, such as jobs, can be reached in a given time.

“This project provides the most detailed evaluation to date of access to jobs by transit,” says Andrew Owen, director of the Observatory. “We directly compare the transit accessibility performance of America’s largest metropolitan areas.”

The findings have a range of uses and implications. State departments of transportation, metropolitan planning organizations, and transit agencies can apply the evaluations to performance goals related to congestion, reliability, and sustainability. In addition, detailed accessibility evaluation can help in selecting between project alternatives and prioritizing investments.

“It can help reveal how the costs and benefits of transportation investments are distributed,” Owen says.

In the study, rankings were determined by a weighted average of accessibility, giving a higher weight to closer jobs. Jobs reachable within 10 minutes were weighted most heavily; jobs were given decreasing weight as travel time increases up to 60 minutes. Travel times were calculated using full transit schedules for the 7:00 to 9:00 a.m. period. The calculations include all components of a transit journey, including “last mile” access and egress walking segments and transfers.

“Accessibility is the single most important measure in explaining the effectiveness of the urban transportation system,” says David Levinson, University of Minnesota civil engineering professor and principal investigator on the project.

According to Owen, accessibility can be measured for various transportation modes, to different types of destinations, and at different times of day. “There are a variety of ways to define accessibility,” Owen explains, “but the number of destinations reachable within a given travel time is the most directly comparable across cities.”

The research is sponsored by the Center for Transportation Studies at the University of Minnesota.