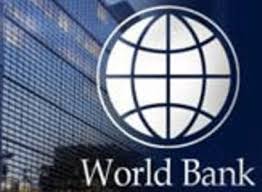 WASHINGTON, Oct. 9, 2014— The heads of some of the world’s largest asset management and private equity firms, pension and insurance funds, and commercial banks are today joining multilateral development institutions and donor nations to work as partners in a new Global Infrastructure Facility (GIF) that has the potential to unlock billions of dollars for infrastructure in the developing world.

World Bank Group President Jim Yong Kim said the presence of a broad range of institutional investors at the signing to launch the GIF sent a powerful message, with the most recent data showing that private infrastructure investment in emerging markets and developing economies dropped from US$186 billion in 2012 to $150 billion last year.

“We have several trillions of dollars in assets represented today looking for long-term, sustainable and stable investments,” said Kim. “In leveraging those resources, our partnership offers great promise for tackling the massive infrastructure deficit in developing economies and emerging markets, which is one of the fundamental bottlenecks to reducing poverty and boosting shared prosperity.”

“The real challenge is not a matter of money but a lack of bankable projects – a sufficient supply of commercially viable and sustainable infrastructure investments.”

Kim said the GIF was being designed to tap into expertise from within and outside of the Bank Group to deliver complex public-private infrastructure projects that no single institution could address on its own.

“The GIF is also being created to complement existing project preparation facilities in partner institutions across the globe. The multilateral development banks here represent that commitment to work together on behalf of our shared client countries, to bring together our resources, experience and our financing instruments.”

Australian Treasurer and Chair of the G20 Finance Track Joe Hockey welcomed the launch of the GIF saying it complemented the work the G20 is doing to boost infrastructure investment.

“We all recognise that investment in emerging markets and developing economies will expand access to basic services and raise living standards. It also helps to underpin economic growth. The G20 looks forward to working closely with the World Bank Group and other multilateral development banks on such vital initiatives,” he said.

The President of the European Investment Bank, Werner Hoyer, commented: “We welcome the proposed collaboration of the Multilateral Development Banks and the private sector and capital market institutions on GIF as it will increase the resources available to prepare major infrastructure projects. It will also strengthen market investment in key infrastructure sectors and countries where such resources are lacking. What we need are viable, bankable and innovative projects which provide added value for investment and modernising the economy.”

“We know that simply increasing the amount invested in infrastructure may not deliver on the potential to foster strong, sustainable and balanced growth. A focus on the quality of infrastructure is vital,” said World Bank Group Managing Director and CFO, Bertrand Badre.

He said the GIF would begin operations later this year in a pilot phase to “road test” new models to deliver complex public-private infrastructure in low and middle income countries. The key focus would be on climate friendly investments as well as ventures to bolster trade.

Work has already started on a pipeline selection process and the GIF is talking to partners and beneficiary countries about several projects with the potential to transform developing economies, boost job creation, and improve the lives of poor people.