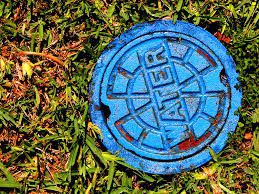 WASHINGTON, DC — The U.S. Environmental Protection Agency (EPA) recognized the 2014 WaterSense Partners of the Year for their commitment to promoting water efficiency and strengthening the drought resiliency of communities across the country, during the WaterSmart Innovations Conference today in Las Vegas, Nev.

“As the United States experiences the driest conditions in more than a decade, there has never been a more important time for EPA and WaterSense to focus on water efficiency” said Ken Kopocis, deputy assistant administrator in EPA’s Office of Water. “We are working to find ways to further reduce water consumption to support healthy ecosystems and communities. EPA is pleased to honor an impressive group of WaterSense program leaders, whose efforts to build strong, resilient water systems are helping communities nationwide meet challenges of extreme weather, drought, and other effects of our changing climate.”

The 2014 WaterSense Partners of the Year winners, along with more than 1,500 other WaterSense partners, have helped American consumers save 757 billion gallons of water – enough to supply all of the homes in the United States with water for 26 days—since 2006. WaterSense partners combined efforts have resulted in a $14.2 billion reduction in consumer water and energy bills over the past 8 years and a reduction of 37 million metric tons of greenhouse gas emission.

Building on the important work of the WaterSense program, and as part of the President’s Climate Action Plan, EPA and WaterSense partners are continuing to find ways to enhance water efficiency.  Improving water efficiency helps communities to save water, save energy, and reduce greenhouse gas emissions.

The Alliance for Water Efficiency and the Southern Nevada Water Authority cosponsored the ceremony.

Kohler Co. (Kohler, Wis.) received the highest level of WaterSense recognition for the second year in a row for continuing to implement new, innovative technologies. One example is a dual-flush trip lever for tank-type toilets that makes selecting a smaller flush easier for those with dexterity challenges. Kohler also promoted WaterSense labeled products in 2013 with its cross-country “Trust the Flush” bus tour to showcase WaterSense labeled toilets’ proven performance at more than 185 events.

Promotional Partner of the Year: Cobb County (Ga.) Water System’s robust rebate program for WaterSense labeled toilets contributed to a decrease in the county’s annual average daily water use by 10 million gallons per day compared to 2010. This is the third WaterSense Promotional Partner of the Year award for Cobb County, which also promoted WaterSense campaigns in its Water $aver quarterly e-newsletter and via Twitter with the #fixaleak and #showerbetter hashtags.

Retailer Partner of the Year: The Home Depot (Atlanta, Ga.) was recognized by EPA for the third time for its strong efforts to support rebate programs across the country for WaterSense labeled toilets, showerheads and irrigation controllers, helping consumers achieve more than $36 million in product markdowns.

Six Excellence Awards were also given to partners for their efforts in specific program areas: