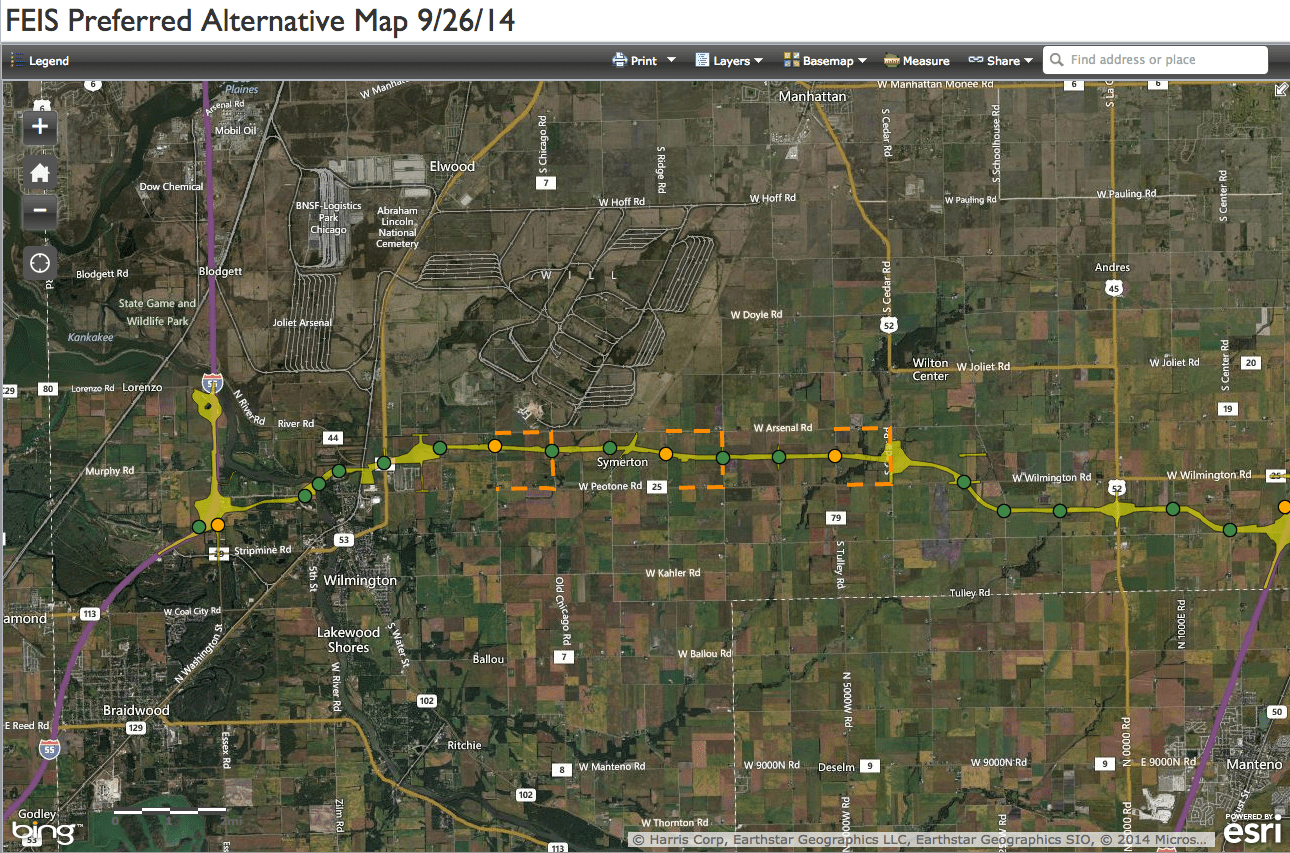 The Tier Two Final EIS describes the process through which the project was developed, and included the identification of transportation needs, consideration of a range of reasonable alternatives, evaluated the potential impacts that significantly affect the quality of the natural and human environment resulting from the alternatives, and demonstrates compliance with other applicable environmental laws. The Tier Two FEIS also contains responses to all public comments received during the Tier Two DEIS comment period, including items that changed from the DEIS to the FEIS as a result of public input and further studies.

The Tier Two Final EIS was released on September 26, 2014, and after a 30 day review period, FHWA will consider any additional comments received, and prepare a document called the Record of Decision, which summarizes the final project decision.

The route will serve mainly as a truck route that links Interstate 55 with I-57 and I-65. The Illinois Department of Transportation (IDOT) has proposed that this road be build as a public-private partnership. IDOT estimates the Illiana will cost $1.5 billion.

Read more about the 50-mile Illiana project at: http://www.illianacorridor.org/

An interactive map of the project is available here.