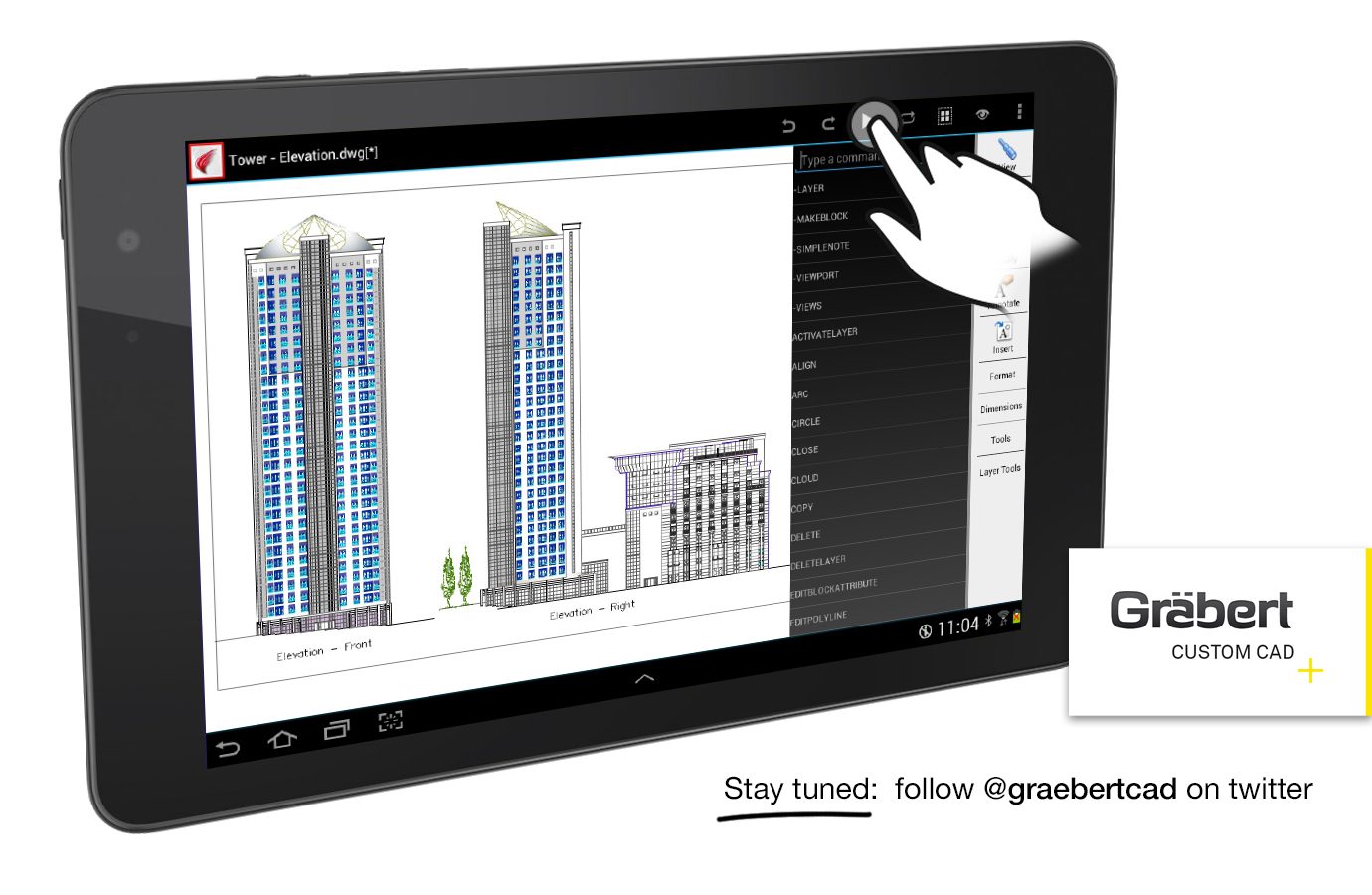 To address this fast-growing market, Graebert ensured no compromises were made in features or performance, with capabilities including:

In addition, ARES Touch is the first CAD application to include an open API for developers to easily and quickly migrate their applications from desktop to mobile.

Previously, developers of vertical applications had to redevelop apps from scratch when moving to mobile. With ARES Touch, any add-on initially created for ARES Commander or AutoCAD can now be painlessly migrated to mobile (because ARES Touch supports the same API set as ARES Commander, including LISP and C++ Tx (Graebert’s equivalent to ARX)).

As a result, developers can maintain the same core stream of code for desktop and mobile platforms and only need to focus their development on Touch UI adaptation.

“Graebert was the first company to release a mobile CAD solution back in 2000 for Windows CE® devices and we also have 15 years of mobile experience with our SiteMaster™ product line. While we believe users will keep using their PC for heavy CAD tasks, we see a growing demand for agility to work from multiple devices including tablets and smartphones and are very excited to introduce ARES Touch 2015 to meet that pent-up need,” said Wilfried Graebert, CEO and founder of Graebert GmbH.

Interested customers can visit www.graebert.com/arestouch and follow @graebertcad on Twitter or arescommander on Facebook. Users of ARES Commander 2015 will have the priviledge to receive ARES Touch 2015 Beta for free in November this year, a few months before it becomes available on the Google Play™ store.

Users of ARES Commander will receive ARES Touch for free and vice-versa, for the duration of their Graebert subscription. This means that for an initial price starting at 250€/$ per year (795€/$ for a Perpetual license), Graebert customers will receive a license for their computer (Windows, Mac OS X & Linux) and also for their Android tablets and possibly smartphones (one license of ARES Touch allows you to use it on all your Android devices).

Graebert GmbH is a leading developer of custom CAD software, solutions, and services. The company is recognized as a true innovator in the CAD industry and has more than 30 years of technology expertise, project management and consulting experience.

Graebert’s CAD systems became the first to support Windows, Mac, Linux (since 2010) and Android since 2014, they are nowadays used by millions of professionals over the World.

Graebert’s product portfolio is anchored by ARES Commander Edition – powerful CAD software with 2D & 3D-modeling capabilities and native DWG support, which is the basis of all Graebert OEM products.

The SiteMaster™ line of “as built” software surveying solutions, as well as worldwide surveying services are included under Graebert’s iSurvey™ brand. The company is headquartered in Berlin, Germany with additional offices in America, Asia and Europe.