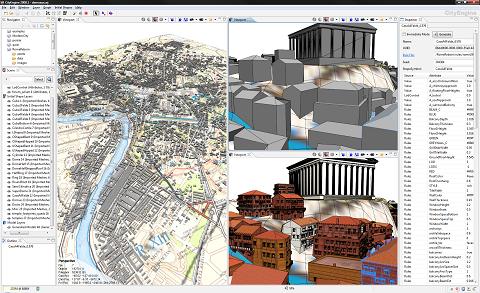 An innovative new synthesis of mapping technology and video game engineering is arming urban planners with “god-like” tools to create the cities of the future, according to Esri Australia’s 3D geospatial specialist Leonard Olyott.

“Computing advancements in the gaming industry have driven our ability to take GIS technology into a 3D environment,” Mr Olyott said.

“The result is tools like Esri CityEngine, which when populated with geographical data – such as building and road locations – can model the impact of natural and man-made phenomenon on urban infrastructure.

“They enable planners to simulate how ‘acts of God’ such as flooding, fire or earthquakes could affect a city and create designs that minimise impacts and produce safer urban environments.

Mr Olyott said it was fitting that this week’s symposium was hosted in Brisbane, where the local council has been using CityEngine to create a virtual 3D map of the city to assist in developing its urban planning program.

“Reality-indexing systems take the 2D ‘street-view’ concept we are all familiar with from GoogleMaps one step further by adding the third dimension of depth to create dynamic virtual worlds,” Mr Olyott said.

“This enables organisations to perform audits on assets such as trees, post boxes or roads from personal computers, removing the need to travel into the field – which of course can lead to enormous efficiency, safety and budget savings.”