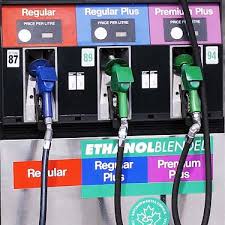 WASHINGTON, Oct. 8, 2014 – New vehicles achieved an all-time-high fuel economy in 2013, the Environmental Protection Agency announced today. Model year 2013 vehicles achieved an average of 24.1 miles per gallon (mpg) ‑– a 0.5 mpg increase over the previous year and an increase of nearly 5 mpg since 2004. Fuel economy has now increased in eight of the last nine years. The average carbon dioxide emissions are also at a record low of 369 grams per mile in model year 2013.

Some additional top-line findings from the report:

“Today’s announcement points to the greatness of American ingenuity and the strength of our auto industry. Our report shows that today’s vehicles are saving Americans money at the pump while emitting fewer greenhouse gasses. We are thrilled to see that manufacturers continue to innovate and are bringing technologies to improve fuel economy online even faster than anticipated,” said EPA Administrator Gina McCarthy. “Consumers now have many more choices when shopping for vehicles with higher fuel economy and lower emissions compared to just five years ago. These choices reflect both a more diverse range of technology packages on conventional gasoline vehicles as well as more advanced technology and alternative-fueled vehicles.”

Under President Obama’s leadership EPA and the Department of Transportation have implemented standards projected to double fuel economy by 2025 and cut vehicle greenhouse gas emissions by half.

The EPA estimates these standards will save American families more than $8,000 in fuel costs per vehicle by 2025. Throughout the duration of the program, Americans will save $1.7 trillion in fuel costs, use 12 billion fewer barrels of oil, and in 2025, reduce oil consumption by more than 2 million barrels a day – as much as half of the oil imported from OPEC every day.

The new report is at: http://epa.gov/otaq/fetrends.htm