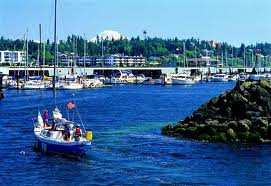 Sandy, UT, Oct. 7, 2014—The city of Des Moines, Washington’s Public Works Department experienced immediate benefits using Cityworks for public asset management and credits the program’s simple, customizable interface for their success. Additionally, the city has used Cityworks in response to significant storm damage and to collect data for FEMA reimbursement. Des Moines plans to extend Cityworks in multiple areas in the near future.

Located about 10 miles south of Seattle with a population of roughly 30,000, Des Moines went live with Cityworks in August of 2012 within three divisions of the City’s Public Works Department: Surface Water Management, Street Maintenance, and Transportation Engineering. Following implementation, Steve Schunzel, GIS administrator at the city of Des Moines, said, “Our Cityworks implementation yielded benefits immediately thanks to the interactive map and the ability to log and track service requests and work orders.”

Having never used a Computerized Maintenance Management System (CMMS) before, city personnel would simply respond to calls for service from the public with no standardized method for tracking assigned or completed work. Work orders in the department were entirely reactive. Service requests and work orders were at times noted on post-it notes, causing organization issues. The implementation of Cityworks enhanced the Public Works Department’s organization and task management.

“The development of a standardized intake system was priceless,” Schunzel explains. “The best part of Cityworks is that it has a simple interface and is so customizable that we can simplify it even further if we wanted to. There was a bit of a learning curve for the Operations leads, but it was very helpful that we could tailor the forms within the program to include only the items we wanted to track. A customized inbox greets each user with essentially a filtered to-do list, so each employee can see who is responsible for what work, and the Public Works superintendent can see who completed certain tasks.”

After suffering significant storm damage in December 2012, the city of Des Moines experienced immediate results due to Cityworks. “Historically, the city had trouble tracking equipment, labor, and materials for storm-type events,” Schunzel states. “However, using the Projects functionality within Cityworks, our staff was able to group all storm cleanup related work and then submit the information for FEMA reimbursement.”

The city is in the beginning stages of using Cityworks reporting functionality to produce metrics for management on work performed. They plan to implement inspection functionality for internal inspections and for reporting information for the National Pollutant Discharge Elimination System (NPDES). In addition, both the Parks and Facilities Divisions are planning to implement Cityworks in the future.

“The intuitive and flexible nature of Cityworks allows it to be quickly and easily extended throughout an organization, as exemplified at Des Moines,” states Brian Haslam, president and CEO of Cityworks–Azteca Systems. “Like at Des Moines, more and more of our clients are seeing the benefits of using the program to collect data during extreme weather events and utilizing that data for FEMA reimbursement. It’s excellent to see Cityworks not only empowering local government for traditional asset management usages, but providing a means by which to collect information for public assistance following disasters and emergencies.”

Since 1996, Cityworks® has been streamlining the way agencies manage public infrastructure and property by combining the asset geodatabase with the business logic of agencies that care for infrastructure and property. An authoritative resource and system of record, Cityworks elevates Esri®’s ArcGIS® Location Platform specifically to manage workflow, schedule resources and prioritize activities—saving time and improving operational efficiencies. Time-tested and proven technology, Cityworks is Empowering GIS® at more than 500 organizations around the world.