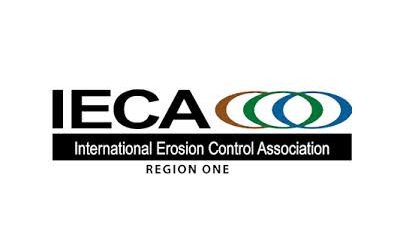 Koepke is the vice president and general manager for ENCAP, Inc. in Sycamore, IL. He has been with ENCAP, Inc. since 2006. Prior to coming to ENCAP, Koepke was the resource conservationist at the Kane‐ DuPage Soil & Water Conservation District. While at the KDSWCD for five years, he performed erosion control plan review and site inspection for compliance with U.S. Army Corps of Engineers, Illinois EPA, and Municipal erosion and sediment control regulations. He is a graduate of Northern Illinois University where he completed both his Bachelors and Masters degrees and also holds a Masters in Business Administration. His areas of expertise include streambank stabilization and restoration techniques, Polyacrylamide use for erosion and sediment control, and revegetative techniques on construction sites. His current duties at ENCAP, Inc. include overall business management and business development as well as technical direction and employee development for the company. His duties at ENCAP are vertically and horizontally integrated, and include project estimation and bidding, project management, and from time to time, equipment operation and crew leadership.

Sanders is president and CEO of Sanco Design, Inc. a general contracting firm specializing in creek channel and slope stabilization, and managing partner in Sanco Storm Water L.L.C., a storm water management company that specializes in storm water pollution plans, audits, inspections, and training. Since 1995, Sanders has been an active member of the International Erosion Control Association, serving on numerous committees as a committee chairman of the Technology Sections and Professional Development Committees. He is currently serving as chairman of the Educational Tracks Committee, and is a member of the Professional Development Committee.

Past president of the South Central Chapter and current co‐chair IECA Standards and Practices Committee, Schneider is head of Storm Water Compliance at Stormcon, L.L.C. He brings 23 years of experience and extensive training in stormwater regulations focusing on construction site erosion and sediment control. Schneider works directly with local, state, and federal agencies as well as working one on one with clients to develop and implement storm water programs that will fit their needs. Currently sits on the Environmental Law Section Council of the Dallas Bar Association. In the past, he has been invited to testify in front of congressional subcommittees in regard to NPDES issues. He has also applied for and received several patents for products related directly to the erosion and sediment control industry.

The IECA Region One Board of Directors is made up of nine members, each serving a three‐year term. Board officer positions will be decided at the Board meeting to be held at Environmental Connection 2015, IECA’s annual conference and expo, February 15‐18, 2015, in Portland, Oregon, USA.

In addition to new Board of Directors, the membership voted to change the bylaws to reflect limited terms on the Board of Directors. This would allow three terms of three years each, thus a nine‐year term on the Board. If someone fills a vacant term, they would still be eligible for three elected terms on their own record. There are no limits on sitting out a year or more and then running again after that hiatus.

IECA members chose to accept the following bylaw changes:
5.4: Term of Office. Each Director shall hold office for a term of three years and serve no more than three consecutive terms. Any appointed Director may complete their initial appointment while qualifying to serve three additional consecutive terms. Three Directors shall be elected each year.

Founded in 1972, the International Erosion Control Association (IECA) is a non‐profit organization devoted to serving as the premier global resource for the prevention and control of erosion and sediment related problems. IECA is the world’s oldest and largest association devoted to helping members’ solve erosion and sediment control problems. To sustain its mission, IECA hosts an annual conference for industry professionals, which includes continuing education on the latest technologies and findings, and the industry’s largest exhibit of related materials, products and equipment. In 2012, IECA formed Region One and Region Two. Region One consists of North America, South America and Europe; Region Two consisting of Africa, Asia and Australia. For more information about IECA, please visit their website at www.ieca.org.