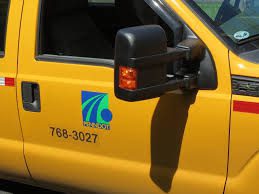 PITTSBURGH, Pa., Sept. 30, 2014 –Standing near the Birmingham Bridge, Governor Tom Corbett said Tuesday that the $28.5 million repair project on the structure underscores the dramatic benefits coming to Pennsylvania because of Act 89, the far-reaching transportation plan.

“My administration is working hard to deliver the hundreds of additional projects for this year from Act 89 proceeds, and the Birmingham Bridge is a very visible example of what we are delivering,” Gov. Corbett said at a news conference near the bridge.

The Governor hosted an event at the bridge on Oct. 30, 2013, as part of his statewide effort calling for a solution to a decades old transportation investment problem. The 2,747- foot-long, 19-span bridge opened in 1976 and carries 23,000 vehicles a day. It was closed for approximately one month in 2008 when a rocker bearing stopped working and the bridge deck dropped. With resources from Act 89, PennDOT was able to accelerate the timetable so work on the bridge could begin this year.

Act 89, which the Governor signed in November, increases transportation investment by $2.3 billion by 2018. Act 89 also supports jobs for local workers, the Governor added, noting that the transportation plan saved an estimated 12,000 jobs, creates 18,000 additional jobs this year and 50,000 jobs in the next five years.

The highway contracting industry, which was laying off workers prior to Act 89, now is hiring workers, and plans to raise wages and make new investments in equipment, plants and machinery, which will add even more jobs in the suppliers’ industries.

Jobs are also being preserved and created outside of the transportation industry because business are staying and others will relocate to Pennsylvania due to the state’s robust transportation infrastructure.

“When a company is considering locating or relocating to Pennsylvania, my office is normally one of the first they talk with,” said PennDOT Secretary Barry J. Schoch. “Companies want to stay here and new companies want to locate here because Pennsylvania is committed to building and maintaining a world-class transportation system.”

PennDOT’s latest projections show that more than $2.3 billion will be invested into the state’s highway and bridge network this year, more than $800 million above what would have been available without Act 89. So far, PennDOT has started work on more than 200 Act 89-funded projects covering more than 1,600 miles of roads and 83 bridges. Overall, more than 900 projects are expected to get underway this year, both from Act 89 and prior funding streams.

Some examples of Act 89 projects around Pennsylvania include:

Transit also is now on firm footing for the future as Act 89 provides an additional $207 million this year and at least $480 million after five years.

In Pittsburgh, the Port Authority of Allegheny County was spared a devastating and chronic trend of cutting service, which had been pushing riders away. Act 89 funding allows PAAC to target improvements, such as overcrowding on routes and on-time performance issues.

“Tackling the funding issue sent a clear message that Pennsylvania is a leader among states, is addressing transportation needs and, is an attractive location for businesses to thrive,” Gov. Corbett said.

Joseph B. Fay Co. of Tarentum was awarded the $28.5 million contract for the work on the Birmingham Bridge. It will involve steel repairs, bearing replacements, substructure repairs, light pole replacements, a concrete overlay and a complete repainting. The work is now underway and will be finished in 2017.