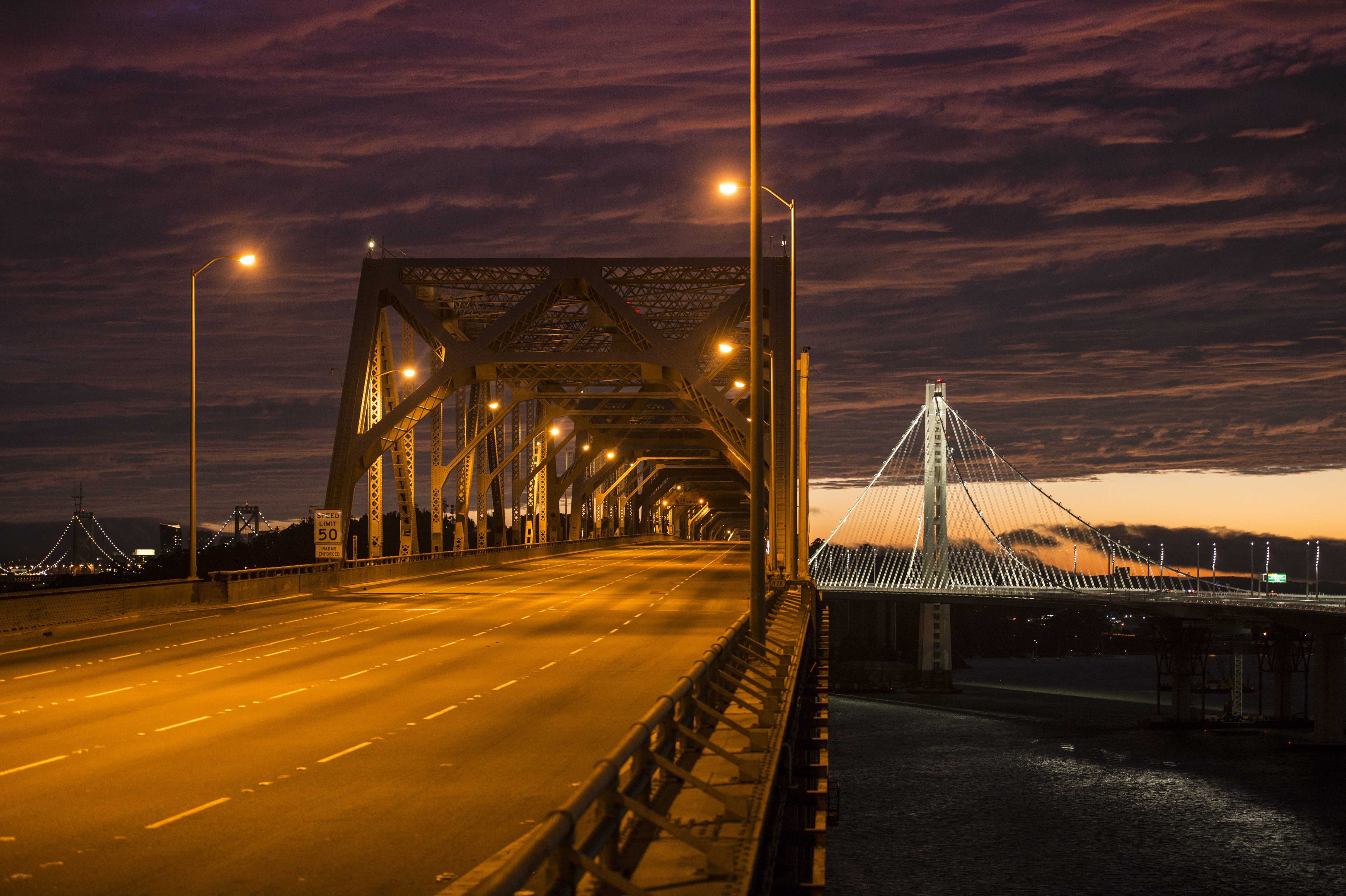 The photographs taken on opposite sides of the country of people interacting with bridges won the Grand Prize and the People’s Choice Awards. A judge selected the Grand Prize photograph and more than 11,000 online votes decided the People’s Choice award winner. Three other photographs capturing highway construction workers and citizens using transportation facilities in their communities also received awards.

The Grand Prize in the photography competition was awarded to Florida Department of Transportation Photographer Sally Dobson for her photograph of a section of bridge being moved into place during the State Road 826/836 Interchange Reconstruction Project in Miami, Florida.

The People’s Choice Award was presented to photographer Karl Nielsen who captured a dramatic sunset the evening before the opening of the new San Francisco-Oakland Bay Bridge.

Last year’s Grand Prize winner, Caltrans photographer Bill Hall, was this year awarded a prize in the Quality of Life/Community Development category for his picture of two bicyclists using the bicycle/pedestrian pathway on the San Francisco-Oakland Bay Bridge.

Historic Projects: US Route 80/Dixie Overland Highway Bridge–photographer John Dougherty of the Arizona Department of Transportation captured a bridge built in the early 1920s as part of this historic highway, which was the longest in Arizona. Though the highway was decommissioned in 1956 due to the construction of Interstate 8, the bridge is part of the National Register of Historic Places.

Taking the Road Less Traveled: Lake Tahoe Bike Path–photographer Julie Duewel from the Nevada Department of Transportation took this photograph of a new stretch of bike path that provides access to several beautiful Lake Tahoe, Nevada beaches. The photo was taken during the Stateline Bikeway dedication ceremony. NDOT has been instrumental in America’s Most Beautiful Bikeway, which will eventually circumnavigate the lake.

The photographs were judged by Pam Burks, an accomplished photographer living in Maryland.

The California Department of Transportation (Caltrans) won in the In-House Production/Amateur/Novice category for its innovative Underwater Bridge Inspection video, part of the “On the Job with Caltrans” series, developed to highlight the wide variety of jobs that Caltrans workers perform.

The videos were judged by AASHTO Media Relations Manager Tony Dorsey, a former television reporter/anchor at the NBC station in Washington D.C.

To view all of the entries in this year’s competition, visit the Faces of Transportation blog at http://www.facesoftransportation.org.