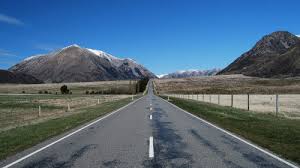 In a world-first approach, the $10 million project rigorously audited New Zealand’s entire 130,000 km road network to map out the most perilous sections. More than a million 100 metre sections of road were digitally mapped during the project, before being analysed against road accident data from the past decade.

The results of the analysis determined the eventual sites for 56 fixed speed cameras.

Kurt Janssen – from Interpret Geospatial Solutions, which carried out the work – is visiting Adelaide next month to reveal the world-leading approach to Australian authorities at the Esri Australia User conference.

Mr Janssen said the project was about saving lives, not slugging motorists’ wallets.

“One of the major complaints from the public is that speed cameras are just about raising revenue,” Mr Janssen said. “So NZ Police was determined to ensure the targeting of speed camera sites was robust, conclusive and backed by an unquestionable methodology. The 1,250 sections with the highest number of speed-related crashes were ranked according to risk. Road and transport experts then targeted sections that were appropriate for speed cameras and prioritised new camera locations that will help make the country’s roads safer.”

The project also identified where further engineering or community education was needed to assist in making roads safer.

“Locations not suitable for fixed speed cameras will be assessed for further road safety initiatives or re-engineering,” he said.

Mr Janssen – who has been invited to Adelaide next month to discuss the project’s success at Ozri 2014, the Asia-Pacific’s largest geospatial event – said the technology could also be scaled to map Australia’s significantly larger road network.

“The annual economic cost of road crashes in Australia is estimated at $27 billion, and this does not take into account the emotional impact on friends, families and local communities.

“Using smart mapping technology is a cost-effective way to identify roads which pose a significant risk to drivers – not just through speed but also visibility, road condition and engineering.

“Once created, these maps provide an important framework to improving the safety of Australia’s road network.”

Registration is now open at esriaustralia.com.au/ozri