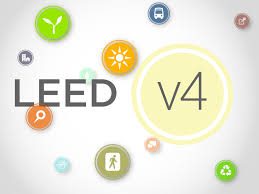 WASHINGTON, D.C., Sept. 25, 2014 – The U.S. General Services Administration (GSA) released a review of the Leadership in Energy and Environmental Design Version 4 (LEED v4), the new version of the LEED green building certification system published in November 2013 by the U.S. Green Building Council (USGBC). The purpose of the review was to examine how LEED v4 aligns with existing federal statutory, regulatory, and Executive Order green building requirements. For the complete review, visit http://www.gsa.gov/gbcertificationreview.

“Green building certification systems like LEED are just one tool that GSA uses to deliver better value and savings to the taxpayer and meet this Administration’s sustainability and economic performance goals,” said Kevin Kampschroer, Director of GSA’s Office of Federal High-Performance Green Buildings. “GSA’s review of LEED v4 is the first in a series of steps the agency will take to determine if this system can help government agencies meet federal green building requirements. A final recommendation on LEED v4 will be made after GSA receives input from stakeholders in and outside of government.”

As a part of its review of LEED v4, GSA will convene an interagency discussion group to further examine the system, and publish the group’s findings in the Federal Register for public comment. During the 30-day comment period, GSA will hold a public listening session to get additional feedback from stakeholders outside government. All of this information will help inform GSA’s recommendation on the government’s potential use of LEED v4.

The Energy Independence and Security Act (EISA) of 2007 requires GSA to review existing green building certification systems every five years to identify one or more that encourage a comprehensive and environmentally sound approach to certifying federal green buildings. In keeping with EISA, GSA completed its second review in October 2013, recommending that the government use the Green Building Initiative’s Green Globes 2010 and USGBC’s LEED 2009. A month later, USGBC published LEED v4. Consequently, GSA’s review of LEED v4 is a supplement to its second review, and is based on the same criteria used to conduct that review.