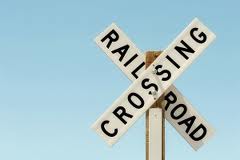 WASHINGTON, D.C., Sept. 25, 2014 – The National Transportation Safety Board today issued a special investigation report on the recent increase in deaths of railroad and rail transit roadway workers on or near tracks and made recommendations to reduce the number of fatalities.

The Special Investigation Report on Railroad and Rail Transit Roadway Worker Protection provides details of 14 fatal accidents in 2013. Over the year, 15 roadway workers died. The number of deaths in 2013, the findings from investigations of those deaths and the increasing number of fatalities prompted the NTSB to look more closely at the issue of roadway worker safety and to recommend actions to address these issues.

Railroad and rail transit roadway workers are subject to on-the-job risks and hazards that are markedly different from those faced by other railroad employees. Of the fatalities in 2013, 11 resulted from 11 accidents on freight railroads and four were on commuter or transit railways. The average number of railroad worker fatalities has fluctuated but has remained about 6.4 per year from 1990 to 2013.

“Railroad roadway worker deaths have increased over the past three years,” said NTSB Acting Chairman Christopher A. Hart. “This trend is unacceptable.”

Among the report’s findings are that comprehensive job briefings could help prevent accidents and that national inspection protocols for work activities are necessary to ensure the safety of roadway workers.

An abstract of the special report is available at: http://go.usa.gov/dZfj