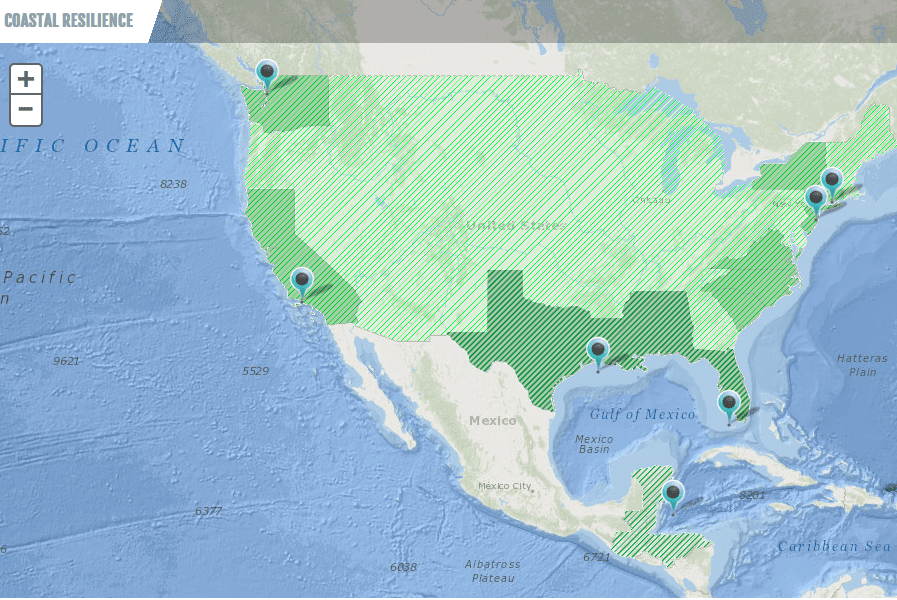 NEW YORK, NY, Sept. 23, 2014—Software developers from around the world were recognized today at the UN Climate Summit for their ingenuity in devising life-saving apps for use in reducing the impact of extreme weather events on cities and coastal communities.

Entries to the Esri Global Disaster Resilience App Challenge included apps which allow communities to measure the impact of permafrost melt and storm water on vital infrastructure, to access sea-level rise and landslide forecasts, and an app which allows disaster-affected citizens to check out evacuation routes, shelter locations, and much more.

Esri, the world leader in geographic information system (GIS) technology and mapping software, awarded a prize of $10,000 each to the winner for the best professional/scientific app and the best citizen/public-facing app which will be made available for use to the 2,200 cities, towns and municipalities in the global Making Cities Resilient Campaign of the UN Office for Disaster Risk Reduction (UNISDR).

Margareta Wahlström, Head of the UN Office for Disaster Risk Reduction, said: “Technology and science have a role to play in making the planet a safer and more resilient place. These apps will empower people across the world to manage the risks associated with extreme weather events fuelled by climate change which affect over 100 million people every year. Congratulations are in order to the winners and to Esri for taking this initiative.”

The winner of the Professional/Scientific category was The Nature Conservancy for the Coastal Defence app.  It quantifies how natural habitats can help protect coastal areas by decreasing wave-induced erosion and inundation. Users can see where their shorelines have the greatest risk of erosion, understand how coastal habitats diminish wave height and energy, and decide on the best course of action.

The winner of the citizen/public-facing category was Adam Niciński, a software developer from Poland, for the VISTULA flood risk app. This web app helps citizens understand the flood risk in their communities and devise plans for protecting family members, including older persons, people living with disabilities, and pets; shutting off gas and electricity; and moving perishable items to upper floors.  Before and during a storm, families can see if their homes are in flood risk areas, locate hospitals, check traffic conditions, and report on events happening in their neighbourhoods.

Mr. Jack Dangermond, Esri President, said: “Esri announced the app challenge in July and the response has been exceptional. Participants built 22 apps that help cities and citizens build resilience to the impacts of disasters. The results are a very significant contribution to building the resilience of user-communities, particularly those that are members of the Making Cities Resilient Campaign. Esri will provide further assistance to ensure that these apps are widely available to the public.”

Other apps submitted to the App Challenge are well worth noting as tools for assisting communities:

UNISDR is the UN office dedicated to disaster risk reduction. It is led by the Special Representative of the Secretary-General for Disaster Risk Reduction and supports implementation of the Hyogo Framework for Action 2005-2015: Building the Resilience of Nations and Communities to Disasters which seeks “the substantial reduction of disaster losses, in lives and in the social, economic and environmental assets of communities and countries.”