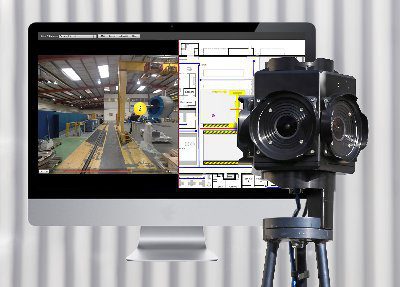 Shepperton Studios, London, Sept. 23, 2014—Arithmetica, the company behind SphereVision, has released a suite of software solutions designed to complement their 360 degree video capture systems and services. vMap360 and RouteView360 video mapping software allow for the registration of 360 degree video imagery to floor plans, maps, aerial photography and even online mapping system such as Google Maps. Allowing users to explore remote locations from the comfort of their desktop vMap360 will be officially launched at the INTERGEO event; the conference and trade fair for Geodesy, Geoinformation and Land Management, being held in Berlin 7-9 October 2014.

“Our SphereVision 360 degree recording systems, including portable kits and mobile installations, are suitable for use in all terrains and environments, releasing the power of video data capture to a wide range of applications and market sectors,” commented Mark Senior, Business Development Manager at Arithmetica. “The release of vMap360 allows for the registration of these video images giving users an easy to use, easy to interpret, real world, 360 degree, fully referenced view of any location.”

RouteView360 is described as a ‘Google style’ street mapping solution. Allowing for the integration of 360 degree GPS stamped video imaging with traditional road maps, town plans or more customised map data RouteView360 provides immediate online interactive awareness of remote locations. High resolution image frames, referenced using GPS data, can be opened up from any map position and explored. A direction view and position indication help the user orientate and navigate their way around before zooming into the video data to analyse the location in detail.

Spherevision is Europe’s leading brand for spherical and 360 degree video solutions. 360 video systems are able to record a real-world environment in all directions at the same time, capturing every aspect of the scene in one go. When the video is played back – on a laptop, mobile device or over the Internet – viewers can pan around the image, moving through and exploring the site as if they were there. Footage can be integrated with floor and site plans using the company’s innovative software and the high-resolution 360 imagery can also be integrated with online mapping.  www.spherevision.com

Arithmetica is an innovator in 360 degree imaging solutions and automated laser scanning data processing software.  Located at Shepperton Studios near London, Arithmetica is the company behind SphereVision and Pointfuse. Arithmetica is an inventive software house that develops ground breaking software solutions to solve real world scientific, medical and engineering problems. Based at the world famous Shepperton Studios in the UK, Arithemetic builds on more than thirty years of television and film production to develop software for clients around the world; creating new technologies for challenging real-world problems. Arithmetica solutions handle complex data rich information and are simple and easy to use.