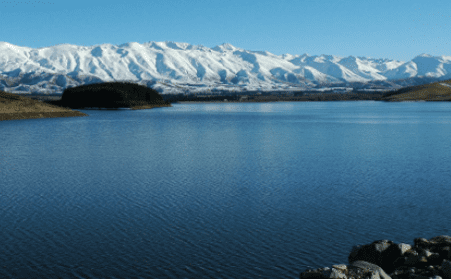 “National’s re-election is an opportunity to develop the infrastructure New Zealand needs to provide surety of water for agriculture, town drinking water supply, waterways, recreational use and to future proof the country from climate change,” says Andrew Curtis, CEO of IrrigationNZ.

“The RMA reforms proposed by National will allow irrigation schemes to get up and running without further delay,” says Nicky Hyslop, IrrigationNZ acting Chair.

These schemes include Ruataniwha in the Hawke’s Bay, Hurunui in North Canterbury, Hunter Downs in South Canterbury and the Wairarapa.

“This is not about opening the floodgates to massive dairy conversions,” says Mrs Hyslop. “This is about progressing the nation as a whole and carefully balancing environmental imperatives with the needs of a growing population and economy. Sensible, well designed water infrastructure is one of the most viable ways we can add value to our economy. In most parts of the world, irrigation and water storage are recognised as socio-economic development tools.”

“As we have said before, the future of irrigation in New Zealand is about using SMART practice,” says Andrew Curtis. “I would like to make clear that irrigation development does not mean a free for all; farmers will still need to work within Farm Environment Plans and will be under pressure to manage their environmental footprint.”

“But at the same time, in terms of nutrient management, we can’t expect our farming community to run before they can walk. With this election result, we have an opportunity to revisit existing nutrient policy. There is an urgent need to come up with a nationally consistent and robust approach which would give irrigating-farmers more certainty going forward,” says Mr Curtis.

IrrigationNZ also believes that as the New Zealand public increasingly realises the importance of water infrastructure development, that there should be public contribution to the cost, “just like in other developed nations like Tasmania (Australia) and Alberta (Canada),” says Mr Curtis.