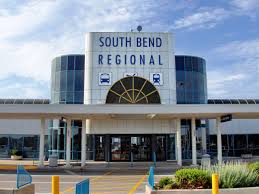 VALE is designed to reduce sources of airport ground emissions in areas of marginal air quality. The FAA implemented the program in 2005 to help airport sponsors meet their air quality responsibilities under the Clean Air Act. Through VALE, airport sponsors can use Airport Improvement Program (AIP) funds and passenger facility charges to help acquire low-emission vehicles, refueling and recharging stations, and gate electrification, and achieve other airport-related air-quality improvements.

Geothermal heating and cooling systems take advantage of the relatively constant temperature below the earth’s surface. The systems direct water through pipes that pass below the surface level and then heat or cool the building above through an energy-exchange process. Geothermal wells, distribution pumps, distribution piping, temperature controls and ductwork channel the water and provide the conditioned air to the terminal.

“The VALE program supports President Obama’s efforts to combat pollution and reduce emissions, improving the quality of life for all South Bend residents,” said Secretary Foxx. “I am pleased that the FAA can help our nation’s airports continue to improve the environment through grants like this one.”

The new geothermal system replaces an aging heat pump system that has served the airport’s east and west terminal areas for nearly 20 years. The new system will reduce the airport’s natural gas operating needs by nearly 4 million cubic feet per year, resulting in estimated emission reductions of more than 140 tons of ozone over the 20-year lifespan of the system.

Through VALE, airports around the country have reduced ozone emissions by approximately 466 tons per year – the equivalent of removing 26,000 cars and trucks from the road annually. Since 2005, the FAA has funded 68 VALE projects at 34 airports, representing a total investment of $169 million in clean airport technology. That amount includes $135 million in federal grants and $34 million in local airport matching funds.

The Airport Improvement Program provides more than $3 billion in annual funding for projects that are vital to maintaining the safety, security, capacity, efficiency and environmental stewardship of the nation’s airports. More than 3,300 airports are eligible for AIP grants benefiting commercial passengers, cargo operations, and general aviation activities throughout the nation.

The VALE program supports the objectives of the President’s Climate Action Plan. It builds on efforts to address climate change and support clean energy innovation, including historic investments in advanced vehicle and fuel technologies, public transit, and rail under the Recovery Act, as well as the ambitious new fuel economy standards put into place for cars and trucks, which the Administration has worked to develop since 2009 in collaboration with industry.

For more information about the program, including a list of eligible airports and projects, go to the VALE web site: www.faa.gov/airports/environmental/vale.